March 28 event will be followed by others in ’21

For the first time in roughly a year, Ted Tala is busy planning events.

Like many of us, Tala, the parks and recreation director for the village of Lyons, saw his routine thrown for a loss with the coronavirus pandemic.

Spring, summer and winter camps had to be cancelled. So were monthly movie nights for kids. There was no Fourth of July parade or fireworks, no Halloween party, no December holiday luncheon for seniors. Kids could not even visit in person with Santa Claus, but chatted with him on the phone.

Now, however, with the nation slowly crawling out from the pandemic, Tala finds himself once again planning live events like the summer concerts in Veterans Park, a car show and the Fourth of July parade.

The first event will be an Easter egg hunt at 11 a.m. March 28 in Cermak Park, 7701 Ogden Ave. That is Palm Sunday, one week before Easter.

There will be food, music, candy and prizes. And – perhaps best of all for Tala – people gathering to have a good time.

“More or less, (this is) our first comeback event of the year,” Tala said. “Everything was (affected by the pandemic), some (events) postponed, some canceled.” 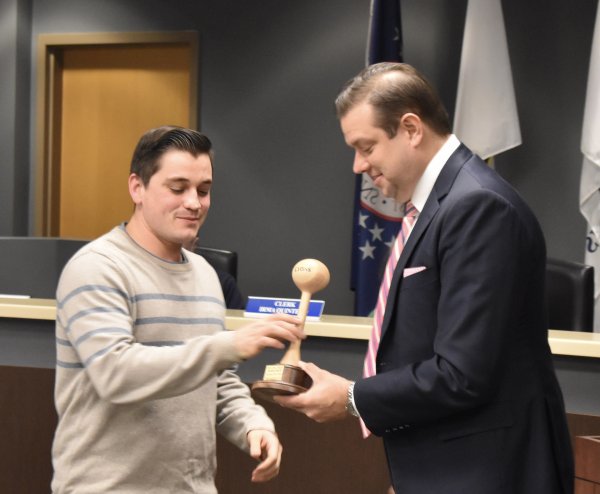 Pre-wrapped candies and small toys will be found in most of the eggs, Tala said. About 100 of the eggs will contain tokens for free frozen custards at Culver’s in Lyons, he said.

“The main section of the park will be for kids between ages 5 to 13,” Tala said. “We’ll have an area roped off for younger kid, age 4 and under.”

“This year, more than ever, there’s no contact,” he said. “There’s no need to fight (for eggs). Plenty to go around.”

Tala did suggest a strategy.

If you run to the back first, it might work for you,” Tala said. “You get to the back, everyone (else) is just grabbing what they see up front. You’ve got more area to cover in the back by yourself.”

There will be 15 to 20 eggs containing tickets for “premium baskets that have more than $20 of different prizes like toys, games and other candies and treats,” Tala said.

He smiled when asked if it felt good to have something to promote: “It’s something that will set us up for a great, successful summer.”

There will not be a spring break camp, but talks are underway to host the village’s popular summer camp for kids.

The annual summer music festival is in the works featuring Chicago area musicians.

“July 7 will be our first Wednesday,” Tala said. “Again, guidelines to come. We were pretty good with social distancing in the past. It’s a park. You can be wherever you want.”

The Fourth of July parade is in the planning stage. It was not held last summer. The Party in the Park and fireworks are still to be determined.

The Father’s Day car show is expected to return.

A kids’ basketball league, which was supposed to start at The MAX in McCook the weekend the state went into lockdown last year, is expected to be held sometime this year. Tala thanked parents for their patience.

“It bums me out that we had to let down some of the kids and families in Lyons,” Tala said. “I’ve been in contact with a lot of families that I know through summer camp, kids’ night out, other events, and they’re excited to get back in some sort of normalcy.”

He thanked people for their support.

“People have been very understanding in knowing that postponing these events was best for everyone,” Tala said. “Everyone did their part. Missing out on the events we had to put on the back burner last year only means that they’ll be that much better this year.”