The Lyons School District 103 board approved a plan to have a police officer liaison stationed in George Washington Middle School, but it wasn’t a slam dunk.

The hiring was approved by 4-2 vote with board member Sharon Anderson abstaining at the Feb. 23 meeting in Washington School.

Voting “no” were Shannon Johnson and Marge Hubacek, fellow members of the board minority.

But it’s not because they disagree with the idea.

They all like the idea of having a police officer in school, interacting with students and providing them with a positive role model.

It’s just the questions of paying his salary and the urgency that caused them to vote “no.” 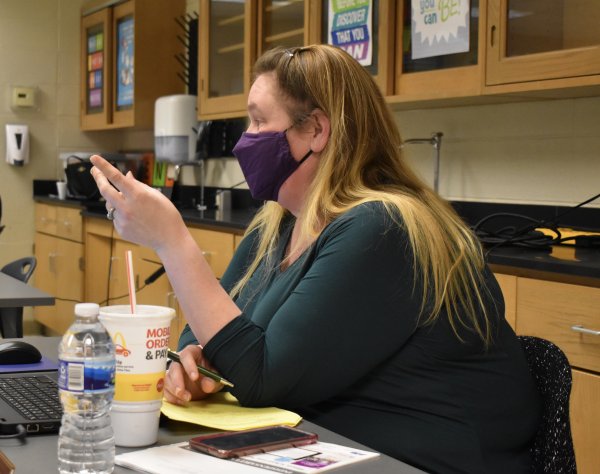 Lyons School District 103 board member Shannon Johnson likes the idea of a police officer liaison in Washington Middle School, but has questions about the salary. Photo by Steve Metsch.

“I want the questions answered,” Johnson said. “I want clarification. Are we paying the officer’s salary or is the money going to the village? Are we on for overtime if he is salary?”

“I want to make sure we’re getting the most for our money,” she added. “We’re not a rich district.”

Supt. Kris Rivera agreed there is a need for the officer to be in the school four hours a day.

Board member Vito Campanile likes the interaction that is expected.

“This can only benefit the district,” Campanile said. “I like the harmony we’re starting to create (with the village).”

Anderson said she has always thought they are a good idea, adding “we’ve had them in the past for years.”

The plan is for the officer to start as soon as kids are back in school. No date has been set.

“Say the kids come back mid to late April,” Anderson said. “They’re done in May. What is the resource officer going to do? I’m all for it, but let’s reasonable. Don’t start with a month left in school. What are you going to get done?”

The students need a police officer to combat the negative attitude they often have regarding such authority figures, Johnson said.

“A police officer can build a relationship with them, show them that they’re there to support them, teach them the D.A.R.E. program, teach then Internet safety, be a role model and say ‘hey we care about you’,” she said.

“That goes a long way with kids,” Johnson noted.

Board President Jorge Torres agreed: “It’s sort of a good role model presence. And the students, to be comfortable around a police officer. It will be a good thing. It’s a normal person, not Robocop.” 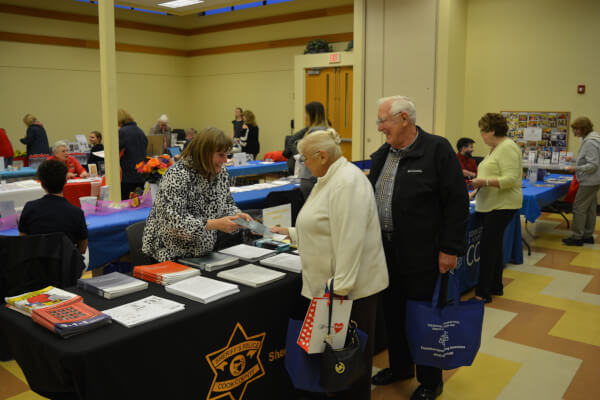