Cook County Circuit Court Judge Alison Conlon granted a Temporary Restraining Order (TRO) on Tuesday ordering Governor Pritzker and the State to enforce coronavirus procedures to protect residents at City View Multicare Center, a demand the Town of Cicero has been making since the pandemic began.
Inspectors for the Town of Cicero have issued at least 10 citations in which City View failed to adhere to requirements regarding the staff and residents. The citations included failure to wear PPEs or to maintain social distancing at the massive care center at 5825 W. Cermak Road.
The attorney for City View told the court during a hearing Tuesday morning that the state’s orders were “guidelines” and not requirements and argued the Town of Cicero had no jurisdiction over the care center outside of routine criminal police calls and emergency paramedic responses. 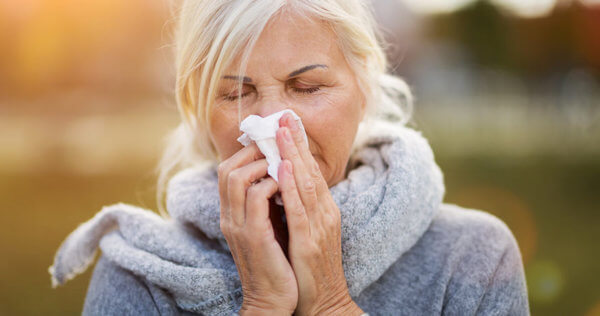 “This is the first step in ensuring that City View does what it is supposed to do in caring for the 325 residents who are cared for there, and the 300 staff members,” said Town President Larry Dominick.
“The test results we have seen show a dramatic increase in the number of confirmed coronavirus cases there, based on City Views’ own numbers in conducting their own tests. Now they want us to believe that those numbers are not important? It makes no sense.”
President Dominick was referring to claims by City View officials to the news media that of the 164 confirmed coronavirus cases at City View, all but 34 are “asymptomatic.”
CLICK HERE TO VIEW THE TRO
200505 Town of Cicero v. City View –
State Defendants’ Response to Plaintiff’s Emergency Motion

Fire Chief Dominick Buscemi, a member of the Emergency Operations Committee (EOC) which has been monitoring conditions at City View said that all of the 164 residents tested positive for coronavirus.
“Asymptomatic means that they did not show symptoms of the virus, but we think that is irrelevant to how those residents should be treated,” Buscemi said.
Cicero requested that the Court either transfer the care center’s residents to locations equipped to provide proper care or begin adhering to the directives set down by Gov. J.B. Pritzker.
Judge Conlon ordered the Illinois Department of Public Health (IDPH) to conduct an immediate inspection at the center to determine the situation, and then to discuss those findings with officials from City View and the Town of Cicero before returning to her courtroom on Friday at noon.
As a result of the court order today, the governor is now required to actually do what he has been saying for many weeks that the state was doing.
“Governor Pritzker should be ashamed of himself that instead of agreeing to protect the public health, IDPH had to be ordered by a court to do an inspection of a facility where nine people have died and where there are more than 200 COVID19 cases,” said Cicero Spokesman Ray Hanania.
“We have been asking for this from City View for a month now and to no avail. We applaud the judge for ruling in favor of the health of the residents and the community. It’s a decision we welcome. Now, something will be done.”
Hanania said the coronavirus cases at City View accounted for more than 20 percent of the total number of infections in the Town of Cicero, which has a population of nearly 110,000 residents.
According to the EOC, there are also 41 staff members at City View who have tested positive for the coronavirus and 39 others have been tested but the results have not yet been released now for nearly one week.
The case was argued in the court by the Del Galdo Law Group LLC which represents the Town of Cicero.