Officials who have taken over the administration of the District 103 schools in Chicagoland’s west suburbs have turned the schools into a base of political activity. And its superintendent has made no bones about how he plans to use his “educational” position through biased reporting at the Landmark newspaper to confront politicians he dislikes

There is nothing “routine” about the eight-page “intergovernmental agreement” that District 103’s temporary superintendent Patrick Patt held in his hand as he viciously attacked Lyons Mayor Chris Getty last week.

Patt, a pompous North Shore educator and one of three temporary part-time superintendents who make a combined total of some $160,000 a year, was brought in by a “family trio” of self-serving political activists who are using District 103 to build up their own political base against the Mayor of Lyons. Patt served twice as the District 103 superintendent, for about six months in 2006 and for about two weeks in 2015, before he resigned.

The “agreement” basically has one specific goal: undermine the ability of the Village of Lyons Police to investigate crimes committed by District 103 students or staff, and put the process in the hands of a politically-controlled group that Patt would lead.

Why would any parent of any student who attends a District 103 school want a political administrator from outside of the school district to take away the role of the Police?

Why is that important? Because the current District 103 board majority and its political activists don’t seem to care about education as much as they care about politics. The “agreement” has nothing to do with “safety.” It’s all about politics.

District 103 schools are among the worst in the Southwest Region. The ONLY thing the activists care about, though, is controlling the school district and using the schools as a political base. I call them “The Family Trio,” three relatives from the same family consisting of two board members and one disgruntled failed candidate.

Their only job is to help the students do better and they can’t even do that. Suddenly, they want to become the “District 103 Police Department.”

The Police are the professionals when it comes to investigating crimes. Why would you turn that responsibility over to some snooty, north shore administrator who reigns over a poorly performing school district?

Four other villages have approved the “agreement” but several officials in those villages have since said that their approval may have been an error that needs to be revisited. Those communities are Brookfield, Forest View, McCook and Stickney. The real focus, though, is Lyons where three of the District’s six schools are located.

Getty said he rejects the school district’s attempts to undercut the professionals in the Lyons Police Department. Getty said the “agreement” requires the village to provide confidential information about juveniles normally protected by police professional practices. But none of Getty’s comments have been included in the District’s media reporting. The anti-Getty Landmark doesn’t want the public to hear where Getty stands, or why.

The truth is District 103 has been in a crisis since last year when “the Family Trio” took control. Instead of improving the educational experience of the students, the schools are among the worst.

The “agreement” is merely a distraction, intended to distract parents from the fact that Patt and the current school board spend more time engaging in political public battles than they do in engaging in improving education. Last week, for example, Patt didn’t hesitate to step out of the role of school “educator” and turn into a tyrant, declaring in a one-sided news report in the Landmark, “Getty better not mess with me because I’m ready for a full-scale war if that’s what he wants.”

“The Family Trio” uses their friendships at the Landmark, a small newspaper that bullhorns their false assertions, distorts the facts and only presents one-side of the story. It engages in personal attacks and namecalling like in this “Editorial.” (Click to read.)

Patt owes the public an apology for his outrageous and unprofessional public outburst. He should focus on education and improving student performance and stop aspiring to District 103 tyranny.

District 103 students deserve better, and so do the parents and taxpayers.

It’s time that the immature conduct of the District 103 board and its immature temporary superintendent ends, replaced with leaders from the community who care more about educating their students than they do for their own selfish politics.

(Ray Hanania is an award-winning former Chicago City Hall political reporter and columnist, and contractor with the Village of Lyons. Hanania can be reached on his personal website at www.Hanania.com and by email at rghanania@gmail.com.)

Does the School District 103 administration care about education or politics? Here’s what the Landmark has published so far: 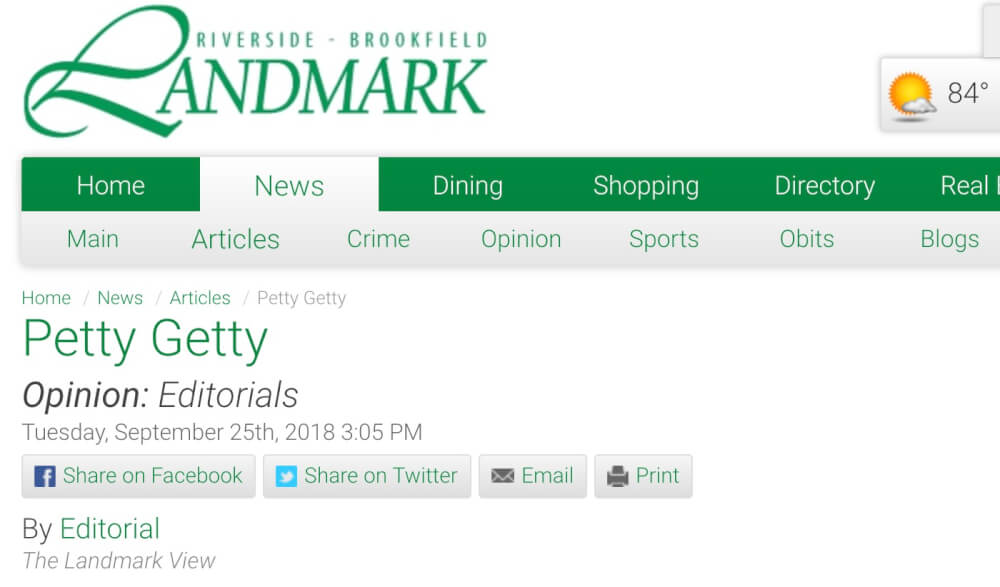 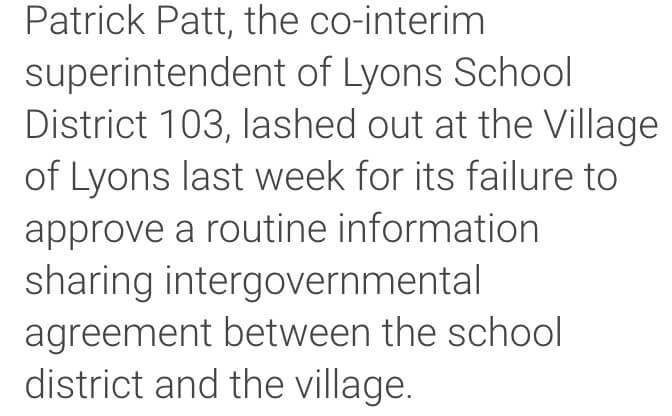 Smashburger is the ultimate best tasting burger ever Blogger 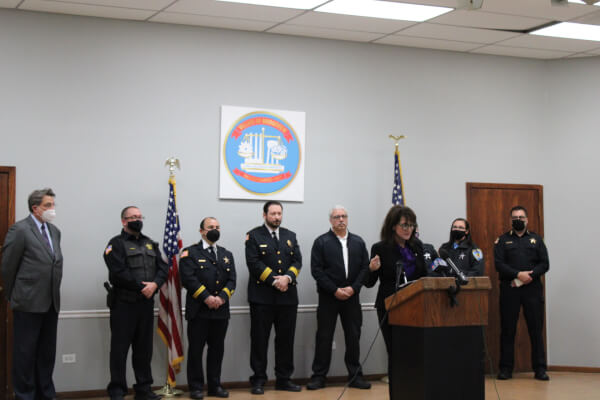