If you get hungry at Toyota Park while attending a Chicago Fire game, there’s now more than hot dogs or nachos to choose from.

The makers of “Top Chef,” a TV series on Bravo Media, now have a concession stand in the stadium that offers premium food using recipes featured on the show.

It will feature food inspired by the series’ contestants, including Season 15 winner Joe Flamm of Chicago, along with Carrie Baird and Chris Scott, also of Season 15 and other participants.

“Our community loves its food as much as its sports,” Landek said. “’Top Chef’ opening its first fast-casual concept at Toyota Park in Bridgeview will delight soccer fans and foodies alike.” 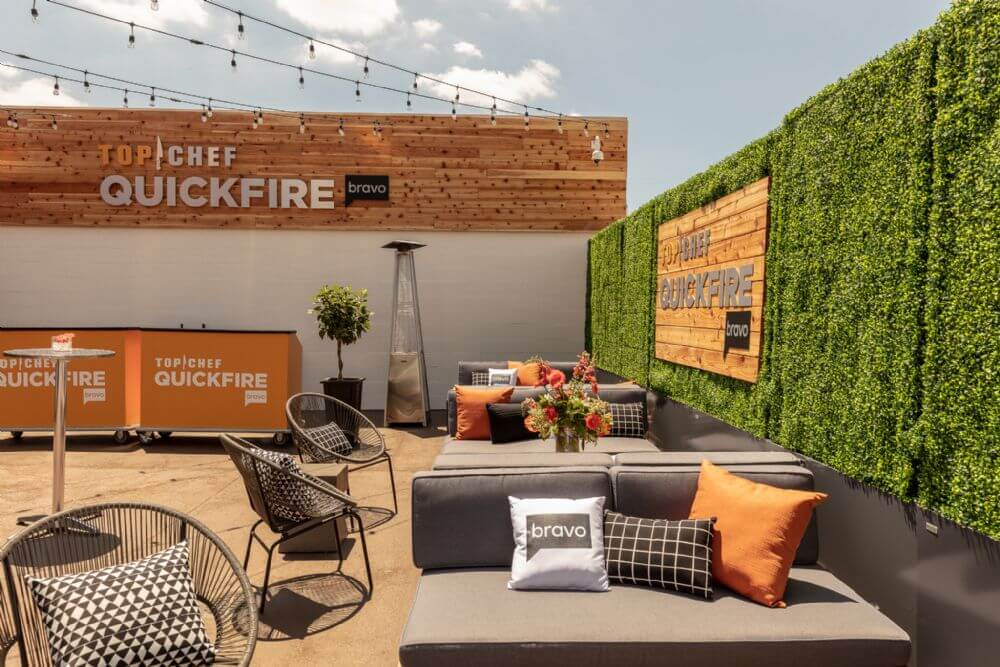 This is the new “Top Chef Quickfire” concession stand at Toyota Park in Bridgeview. Supplied photo.

“I think it’s great,” Scott said. “Food trends are making their way into stadium food. Why not Chicago?”

“There’s going to be a rotation of different foods inspired by the foods have been done over the last 15 years. Let’s say you have a New York team coming into town, you may want a dish done by me or someone from New York. If you have Denver team, then there’s Carrie,” Scott said.

“Why not have a great meal while watching a soccer game? Customers are demanding better food and people are answering,” she said. “You’re making memories. Why not do it with great food?”

Other chefs slated to contribute dishes to the rotating menu include Spike Mendelsohn, Tre Wilcox, Cliff Crooks and Harold Dieterle.

Scott said Dallas Cowboys owner Jerry Jones is at the forefront of improving stadium food: “He has a lot of Texas and Dallas-based chefs who are kind of doing the same thing. I think the trend is really starting to kick off.”

The Toyota Park concession stand is a collaboration between Bravo Media and Spectra, the stadium’s new venue management firm, which oversees concessions. Both Bravo and Spectra are divisions of Comcast.

Maria Laino DeLuca, Senior Vice President, Consumer and Trade Marketing, Bravo Media, said: “We are always looking for new and exciting opportunities to give our dedicated and new ‘Top Chef’ viewers a taste of the series and the culinary talent who have competed over the years.”

Scott Swiger, Spectra’s Vice President, Culinary Excellence, added: “We decided on a ‘Top Chef Quickfire’ concept because it makes high-end cuisine approachable for fans to enjoy, while enhancing the experience of going to a soccer game. They’ll get an actual taste of what they’ve been seeing on-screen for 15 seasons now.”