Marko Sukovic, a Stevenson High School alum and graduating senior from the University of Illinois, has announced he is circulating petitions to run for state representative in Illinois’ 59th District. Sukovic has worked his way through college and has been a tireless advocate for empowering young people to engage in the political process.

In a statement on his campaign’s Facebook page, Sukovic cited Illinois’ loss of young professionals to neighboring states as a reason for announcing his campaign.

“The statistics are troubling, and they show that Illinois is hemorrhaging. Springfield has adopted a culture of complacency in the status quo, and that is not working for my peers or for families across the 59th District.  The hard working people of this great State aren’t looking for handouts; what they’re looking for is opportunity, which I believe will come with term limits, independent maps, government consolidation, and tax and regulatory reform that will entice investment and entrepreneurship.  Instead, Illinois has put up insurmountable barriers, and as a result, you see people moving to states that have built a more conducive business environment and offer a higher quality of life.  While Springfield politicians have rigged the game making it impossible to pass important reforms, Illinoisans are voting with their feet.”

“I’m optimistic that things can be turned around. However, in order to change the decisions being made in Springfield, we need to change the kinds of people we send there.  We need to work hard and work smart.”

Sukovic is a second generation American whose paternal and maternal grandparents emigrated here from the former Yugoslavia, believing that education and hard work, when combined with opportunity, would yield a better life for themselves, their children, and their children’s children.  That quintessential American dream should be attainable in Illinois, and Sukovic will work to ensure that it is.

Sukovic has worked his way through college as public relations consultant advising campaigns, non-for-profits and businesses both large and small. He has served as political director for Congressman Robert Dold and has played an influential role in establishing Turning Point USA, a national non-for-profit organization that registers college students to vote and advocates for free markets and fiscal conservatism. 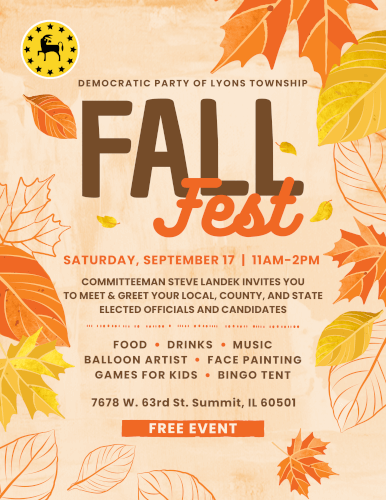 Democrat Tammy Wendt sworn in to Board of Review Cook County