Village tries to be more friendly to potential businesses

Willow Springs has been busy celebrating its 125th anniversary this year, but is looking to the future.

Speaking at a recent meeting of the West Suburban Chamber of Commerce, village administrator Brent Woods called Willow Springs “a little town with a lot of potential.”

The village suffered “a major setback” when a fire destroyed the historic Willowbrook Ballroom in October 2016, he said. But the future is bright as the village is working with the Dance For Life Foundation.

“We’re trying to secure funding through grants and fund raising. They plan to restore it with a Drury Lake type of structure with a hotel,” he told other officials gathered at the William Tell Holiday Inn in Countryside last month. 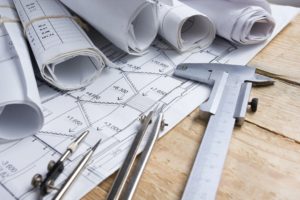 He noted that since the election of Mayor John Carpino earlier this year, the village has become “a business-friendly community.”

“Businesses are the backbone of the community. Without businesses, we don’t survive. If we don’t work with you, we lose you,” Woods said.

He said he’s been out meeting with business owners, “reaching out to them.” Several, Woods said, have told him that the village was not very business friendly before, and welcomed the new approach.

The village has restructured some business license fees. “We want to make it a more attractive place to come to,” Woods said.

He considers the chamber to be “a clearinghouse of sorts for available business properties, and urged the chamber to perhaps list what each town has to offer in terms of square footage and rents.

“One of other things I do, and suggest other communities do, is whenever I get somebody coming into the village hall to apply for a business license, I give them the chamber application. It helps the chamber grow. When the chamber grows, we all grow,” Woods added.