Bears favored over Packers for the first time since 2008

Yes, folks, you read that correctly. The Bears, as of this morning, are 3-point favorites over the Green Bay Packers on Sunday. That’s the first time since December 2008. The Bears were giving four points that Monday night and won by three. They won. Did not cover.

For our non-gambling friends, spread are used to even the playing field, so to speak. Say your friend is a Packers fan. The folks in Vegas have determined the Bears should win by 3 points, so you “give” the Packers fan three points if you wager. Thus, the Packers are already up, 3-0.

My advice? Don’t bet unless it’s a sure thing. And I can’t tell you how many sure things I’ve seen lose Super Bowls, fall on a 3-point buzzer beater, or  take a lap around the track at Hawthorne en route to the glue factory.

It hardly ever happens in the Brett Favre/Aaron Rodgers Era. Still can’t figure how The Football Gods allowed one team to have back-to-back great quarterbacks. Who do George Halas tick off?

You see, Rodgers is out with an injury.  Or the Pack would be favored by about 7  points. With him holding a clipboard instead of the football, the Bears have a fighting chance. 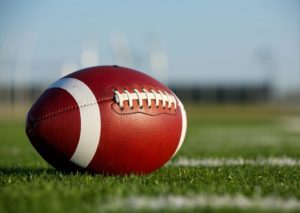 So, I’m expecting a Bears victory on Sunday at Soldier Field. There, I typed it. Bears win. Let’s call it 20-13. I’m going to the game. I had tickets, sold them due to a conflict, then won a contest for even better tickets. The conflict resolved itself. I call that a sign from the heavens that the Bears will indeed do something special.

I think Mitch Trubisky will throw one touchdown pass, Justin Howard will run for one. And the Bears defense, great all season, will prevail.

And should the Bears lose this game? Don’t be too surprised. After all, they are the Bears of Coach John Fox, a guy who has yet to let Trubisky throw the ball downfield very often. Not that there are any receivers who can get downfield and catch a pass..

Oh, and if the Bears do win, be still our hearts. They will be 4-5 and, honestly, be mentioned in a non-joking tone as a playoff contender. Let that roll around the noggin a bit.

Enjoy the game, and pass the nachos.

When we care more about politics than murder Blogger