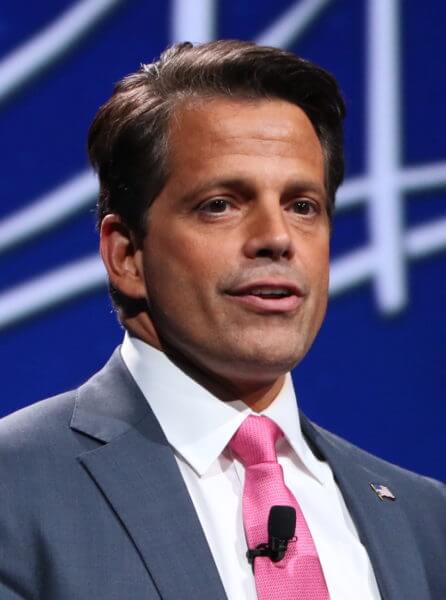 One of President Donald Trump’s biggest hurdles has been the unethical and biased coverage of his administration by the mainstream American news media, mainly the biased Beltway news media that covers the White House. Biased media reporting is twisting and distorting Trump’s message. This week, press secretary Sean Spicer resigned and Trump named a new communications director and appointed deputy Sarah Huckabee to succeed Spicer. But Trump needs to and can do more

One of the biggest hurdles facing President Donald Trump is the inaccurate and biased reporting of his administration and actions by the insider, Washington beltway mainstream news media.

This week, Trump’s press secretary Sean Spicer resigned Spicer did phenomenally in the face of one of the most confrontational and antagonistic news media’s in White House history. Spicer was replaced by his deputy, Sarah Huckabee Sanders. And, Trump named Anthony Scaramucci as his new communications director.

Before his appointment as White House communication’s director, Scaramucci worked as an American entrepreneur, financier, political figure, and is an author. In June 2017, Scaramucci became a senior vice president and chief strategy officer at the U.S. Export-Import Bank, reinforcing expectations that the Trump administration plans to ramp up policies to improve the American economy.

But no matter what Trump does, he faces a major obstacle that twists, distorts and even vandalizes his message to the American people, the biased and politically motivated anti-Trump mainstream news media that covers the White House and national American politics.

Poll after poll by reputable non-media sources show that the mainstream news media is biased and distorts coverage, consisting of negative comments that go beyond professional coverage reflecting the personal bias of the reporters themselves.

Trump needs to formally address this obstacle and the only solution is to develop a strategy that creates both a new news media that projects his message fairly and correctly, and that also embraces and gives access to new media (bloggers, independent writers and freelancers) who are outside of the mainstream news media who will analyze his actions more objectively.

The media bias coverage of the Trump administration is driving the public’s negative perceptions, and the media, which is driving those perceptions, is using polling which reflects that negativity to underscore their political arguments against Trump.

What can Trump do besides identify sand then provide more access to his administration to independent media writers who will be more fair?

He can begin by creating his own “Talking Heads” program in which reputable and fair analysts are brought together to objectively and fairly do post-ops on his press announcements, policy statements and major decisions, and also on the news media sessions to be led by Sanders and Sacarmucci.

Right now, the mainstream news media is attacking Trump firing missiles of criticism at his communications team, twisting issues with ridiculous hypotheticals that reinforce their own self-generated speculation to create the conflict headlines they are using to revive their dying journalism industry.

What Trump needs to do is offer a new program that the American people can access, either online in live video broadcast or on a cable TV channel that the White House can launch and make available that the public can watch.

What’s needed is an objective play-by-play dialogue that describes what Trump and his communication team are saying, to replace the established post-op discussions that are controlled by the biased mainstream news media like CNN, MSNBC, ABC, CBS and even FOX News.

The public will watch this kind of alternative programming if it is offered.

The White House needs to also do a better job of issuing press releases that fully convey their policies that can be delivered and made available to the alternative news media. Right now, the biased Beltway news media continues to control Trump’s message, distorting it in their delivery to the public.

The White House website offers complete text summaries of press availabilities and announcements, including videos of the president, but that’s not enough for the American people. They need someone to explain why the information is important. Present the raw data and raw information but also present explanation and description and interpretation that reflects what the President intends.

The American public will continue to watch the talking heads shred Trump’s policies on mainstream discussion programs, but they do that because there is no better alternative to get information.

Although his Tweeting is important in keeping his supporters rallied against the biased news media coverage and the twisted polling by anti-Trump haters, Trump needs to take his communications efforts one step higher not just providing a strong communications team, but also providing a media alternative.

The White House can create its own news media.

Don’t listen to the lies and exaggerations and corrupted reporting by ABC, CBS, NBC, CNN or MSNBC, or by the New York Times, the Washington Post or Politico and The Daily Beast. These media sources are biased. They abandoned principled journalism long ago and sold out to the corporate interests that control them today for profits. The corporate owners recognize that hating on Trump sells and they believe they can revive their dying industry.

Don’t let the biased news media prop up the dead carcass of ethical, fair journalism any longer. Create a new media source and strive to make it fair, upfront, open and honest, characteristics that the mainstream news media long ago abandoned.

(Ray Hanania is an award winning political analyst, author and former CHicago City Hall reporter and political columnist. Visit his website at TheDailyHookah.com or email him at rghanania@gmail.com.)