A better way to fight cancer and taxes

“Don’t go into the light”, and other healthcare stories including how to fight cancer and use our taxes wisely

I was sitting in the hospital last week after having successful cancer-removal surgery and I was thinking about what causes cancer.

Basically, the National Cancer Institute explains cancer as a medical condition caused when some of your body cells begin to divide without stopping, uncontrollably. These cells are very disruptive to the functions of the organ in which they are located and can destroy that organ. It becomes worse when these cell mutations spread to other organs and body functions.

The NCI estimates that nearly 40 percent of all Americans will be diagnosed with a form of cancer during their lifetime. That’s a lot of people!

Years ago there was only one treatment for cancer, chemo-therapy, in which Chemicals are used to destroy the cancer cells, though chemicals can have enormous negative side effects on your body.

Radiation was added and refined later. Your body can only take so much radiation. Radiation not only can kill the cancer cells, but there is a risk of damage to nearby areas that are cancer free. Today, they have tightly narrowed the focus of the radiation using gold pellets, minimizing nearby damage and a technique called seeding in which dozens or more of radiated seeds are implanted that slowly emanate their radiation over time.

There is also removal surgery used when the cancer is confined to an organ or function you can live without.

What caused my cancer? No one knows. I smoked cigarettes when I was young, from age 15 thru when I completed basic training during the Vietnam War. They say cancer can be genetic.

The more I thought about it, the more I’m convinced cancer is caused by by something we eat. There are chemicals and cancer causing agents in nearly everything we consume.

Was it the diet Coke I consumed over the years? I bet I drank an average of one six-pack a day, which is 2,190 cans a year, and more than 120,000 in a lifetime. Come to think of it, that would be one huge Toni Preckwinkle tax!

That made me think about a real health tax, not one like Preckwinkle suggested that would only benefit her politically. But something in which Finns go directly towards healthcare, and maybe a national healthcare policy.

I’m sick and tired listening to the politicians fight over health care. Senators John McCain and Chuck Schumer don’t care about healthcare. They only care about bashing Trump. Trumps not the issue. The issue is funding and managing costs.

Place a one percent national tax on every consumable item we buy, and even more if there is an identifiable risk—many products acknowledge there are risks or claim risks are unproven. In those cases tax then more. But don’t take the tax from the sale. Take it from the manufacturer’s directly.

Use that fund to provide free cancer treatment and drugs for patients. Call it the cancer tax.

I hate to see taxes on alcohol and cigarettes used for government pensions, contracts and wasteful government services.

Require people to purchase lower cost health insurance for everything else.

Of course, while I was thinking of all this, I was inundated with drugs, had IVs coming out of every arm, and getting shots up the wazoo. Basically, I was pretty much delirious.

But, is that any worse than the healthcare debate we’re having today, or that we’ve been having nationally for the past 20 years?

(Ray Hanania is an award winning columnist and former City Hall reporter. And now cancer survivor. Email him at rghanania@gmail.com.) 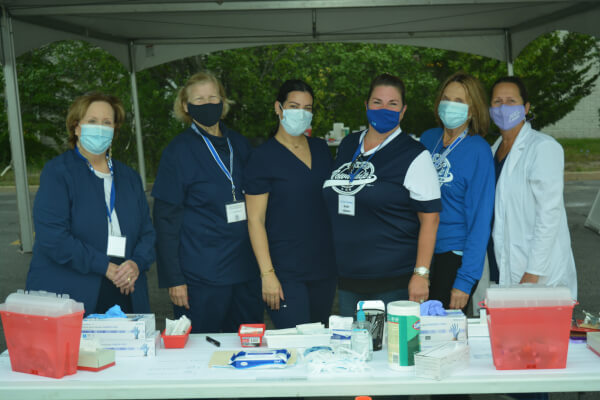