For members of the Oak Lawn Community Church and other volunteers, Wednesday is always a special day.

That’s the day they spend hours making sure there’s plenty of food available for their clients, some making a monthly visit, some making their first.

They are at the new Bridgeview Food Pantry, open from noon to 2 p.m. each Wednesday, at the Bridgeview Community Center, 79th Street and Oketo Avenue.

The doors are open to anyone who needs food, provided they live in one of 20 southwest suburbs and parts of nearby Chicago.

Alice Bruce and Carol Swanson are co-coordinators of the food pantry.

“We have a wonderful staff of volunteers, about 15 each week,” Swanson, of Oak Lawn, said.

They arrive around 9 a.m. and proceed to load up brown paper grocery bags with staples such as fruits, vegetables, pasta or rice, tomato sauce and prepackaged “casserole bags,” all the ingredients needed for a casserole.

The food pantry had been running at least 15 years at Oak Lawn Community Church, 91st and Ridgeland. But when the church sold the building last year, the new owner eventually decided there was no room for a food pantry.

Fortunately, Bridgeview Mayor Steve Landek heard about the situation, stepped up and offered the community center as the food pantry’s new home.

The village had been running its own food pantry on Friday. This replaces that one.

Landek said he was “happy to give them a home.”

“The most interesting thing about our food pantry is that it is run by a faith-based organization. We relinquished our role to them and the program is bigger and better,” Landek said, thanking the volunteers for “the good work they do.”

Those volunteers take the people around and they have choices of what they can have, Swanson said.

Bruce said it doesn’t happen often, but they occasionally get a homeless person at the food pantry. Such was the case on May 31 when a young lady showed up needing groceries.

“She has an ID with her. She’s moving into the area. We’re giving her food today, but when she comes back she has to bring identification that she lives in the area. We try to take care of everyone, but we don’t want people to take advantage of us,” Bruce said.

Clients can get food at the Bridgeview pantry once a month.

“We make 30 bags each Wednesday, that’s our goal,” Swanson said.

Some weeks, those bags go fast. Sometimes they don’t.

Bruce said all kind of economic levels show up, noting “we are all only one paycheck away from being homeless ourselves.”

Local churches donate, as do some large chain stores like Costco. The Greater Chicago Food Depository is another valuable source of food items.

On May 31, a first-time visitor is escorted by Swanson, who takes her time leading him through the process, offering him a bag that’s already been filled, along with other items he decided he needs.

“Help yourself to cereal, anything else you want,” Swanson told him.
Andrew Schrode, 59, of Hickory Hills, said he “got notice I’m losing my job in two weeks.”

“I’ve got to cut ends as much as possible I found this food pantry by accident, and I said, ‘Let me check this one out’,” he said. He shopped for himself, his wife, their son and two grandsons.

A military man for 24 years, he had worked for a warehouse in Hodgkins that’s affiliated with Caterpillar, which announced his job will soon disappear. He thanked the volunteers as he walked out, his arms filled with groceries.

Scenes like that keep volunteers coming back, said Kim DeJesus, of Burbank. The pantry is for anyone who wants to volunteer. You need not be a church member. DeJesus is not. But she’s volunteered for about eight years, she said.

“It means everything to me. I enjoy giving back, donating my time and helping people here. There are people who have never been to a pantry before. They feel awkward being here and I think I do a really good job letting them know it’s okay,” DeJesus said.

DeJesus said she can’t help but feel good when she leaves, “knowing I’ve helped out a few people.”

“We all need help sometimes. It’s here. Why not? It’s for everybody. It doesn’t matter if you have a job or not. You’re still welcome to come to our pantry once a month,” DeJesus said.

A new volunteer, Rita McKendrick, of Chicago, started helping in January. “I retired and I wanted something to do,” she said with a laugh.

She plans to visit the Greater Chicago Food Depository with Swanson when she visits to stock up on supplies. 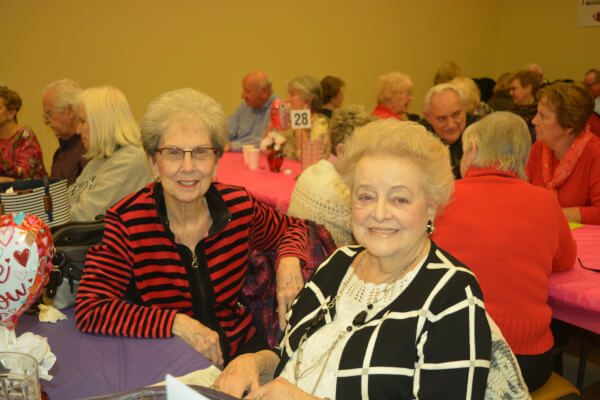 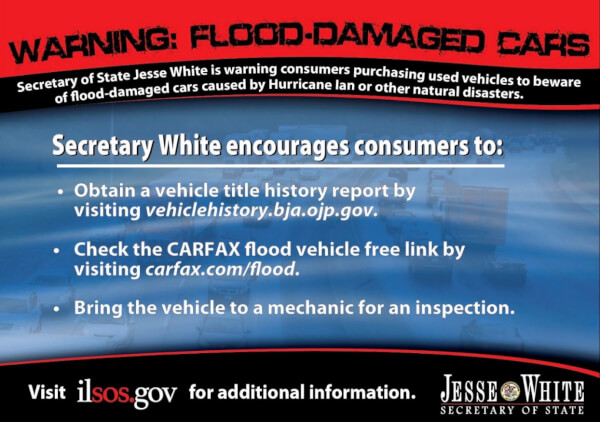