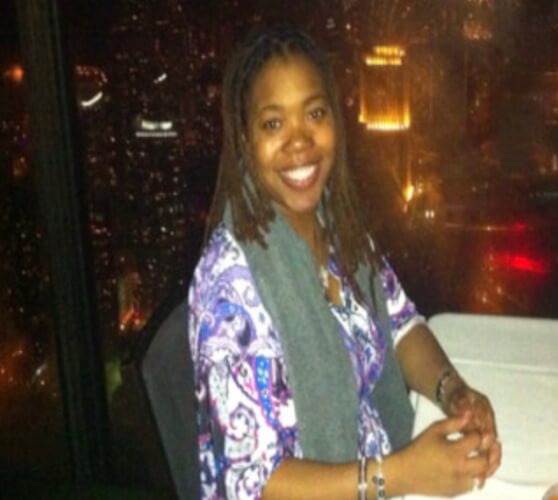 Dr. Barbara Ann Bunville officially announced her candidacy for Alderperson of the 6th Ward, Sunday, October 2, 2022, on the Southside of Chicago, at the famous Josephine’s Southern Cooking Restaurant at 436 E. 79th St., a staple in the 6th Ward.

Dr. Bunville says that she is a Public Servant first, but she is also a therapist, an educator, and in law enforcement, having worked for the Chicago Police Department for 23 years.

She currently serves in the Area Technology Center for the Department, which helps her to understand the importance of bridging the digital divide.

Dr. Bunville stated that she was raised with values of the highest of honesty and integrity by her “great” grandmother, who was from Lipscomb, Mississippi.

Dr. Bunville came from a humble beginning, having to work during her high school years to pay her own catholic school tuition because her grandmother believed in education, but was too poor to pay the tuition.

The crowd was visibly moved when Dr. Bunville said, “Ladies and Gentleman, I have a “Heart For Service.” She continued, expounding on the various community service endeavors she has been involved with – both domestically and globally. She explained how she started her public service when she was just a child in elementary school, working in the soup kitchen and visiting and helping senior citizens, and she shared how she adopted an orphanage all by herself in Jamaica and raised money and taught the orphans to read. And why did she do it, she questioned, “Because it was the right thing to do.”  She also stated that she led humanitarian efforts abroad through her sorority Delta Sigma Theta, Incorporated, including in Canada, Ghana, and Bermuda.

Dr. Bunville discussed her six-point plan for the 6th Ward, (1) Economic Development – to bring more businesses, address the housing vacancy crisis, and to beautify and clean up the Ward; (2) Crime Reduction – to reduce crime by working with the community, the police and the clergy to help make the Ward safer in general, and ensure the safety of the children in the schools; (3) Increased Community Programs – Advocate for funding at the city, state and federal level, for such programs as after school programs to keep children off the streets, and computer literacy programs for children, adults, and seniors; (4) Education – Work with the Chicago Public Schools and advocate for improved curriculums to properly educate children so that they can be competitive in today’s society; (5) Literacy Programs – Advocate for funding for world class literacy programs for the Ward; (6) Mental Health – Advocate for funding for Mental Health improvement programs for the Ward.

Dr. Barbara Bunville is running a grassroots campaign, and she was joined by community members, family, and friends as she successfully kicked off her campaign for Alderperson of the 6th Ward.