Netflix is the best streaming service, despite drop in stock price

This week it was announced that Netflix was seeing a significant drop in services and that is surprising considering it is the number 1 streaming service in terms of amount of new content, quality content and service. They are the easiest service to work with, upfront about everything while systems like Apple+ and Amazon TV make it difficult for you to review your subscription costs and cancel.

There are a lot of streaming movie, TV and video services but Netflix reigns supreme when it comes to content variety and “bang for your buck.”

Running a close second is Hulu. The two offer probably 80 percent of the movies, TV series and specials that my family watches each week.

I subscribe to all of the streaming services, and the worst are those that offer the least new content. Who are they, the worst?

Disney+ is at the bottom of the list when it comes to content. It’s great if you want to watch, rewatch and watch again old Disney films, but Disney Plus rarely offers anything new. 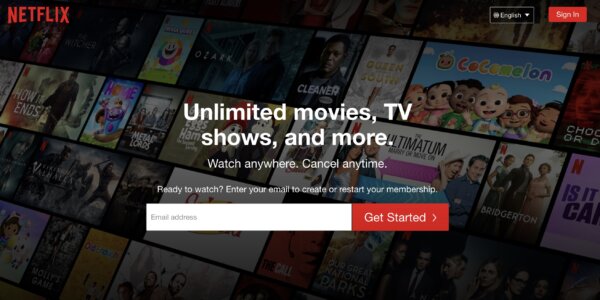 Next is Paramount+ which once every several months offers one program that is really worth watching, new or interesting.

BritBox features a lot of British TV, mostly about crime but nothing really fascinating. Occasionally, you might find one program every six months.

Prime Video from Amazon is also a big disappointment. I only subscribe to it because I get my packages delivered free and Amazon is a great place to order items online. But, it’s not so great when it comes to compelling streaming content that is new.

Apple+ TV is good but very expensive. You pay to subscribe to it but then you have to pay to watch the movies and all of the movies have jumped in price significantly during the past year because of Coronavirus COVID-19. Everyone is using COVID-19 as an excuse these days and Apple TV is no different. Every promo starts out with “Buy or Rent.”

It’s the sickness that has undermined the whole concept of cable TV where you once paid to watch everything but now pay so you can subscribe and pay more to watch anything good. That includes Xfinity/Comcast and DirecTV. I subscribed to both (at two homes).

Remember all of the Streaming services promote “New content” but the truth is that oftentimes that content has a price on it beyond the monthly (or annual subscription) that you already pay.

So, here are the prices for each, which is a factor, too.

Hulu, $11.99 a month with no Ads. This is another top choice if you are looking for a lot of new and original content.

Apple TV or Apple+, is the most deceptive and they disguise how much you pay every month and make it difficult not only to find what you are paying but also make it impossible to cancel your account. Apple’s philosophy is you as a consumer are stupid and Apple makes decisions for you.

Amazon Prime TV with Amazon membership is $13.99 a month of $139. Occasionally, Amazon has some good programing but it is rare that I watch much on it. If it wasn’t for the Amazon online store where I can quickly find products I want, I doubt I would subscribe to this service at all.

Disney Plus (Disney+) is truly worthless unless you want to watch Cinderella for the 100th time. It costs $7.99 a month and it is rare that I see anything.