Chicago Wolves earn shutout but not victory with Rockford IceHogs

After LaFontaine and Rockford goaltender Arvid Soderblom posted zeroes for 65 minutes in the Chicago Mid-Winter Classic presented by Planet Fitness, the IceHogs outscored the Wolves 2-1 in the shootout.

Rockford’s Michal Teply and Chicago’s Stefan Noesen scored in the first round, then Lukas Reichel registered the difference-maker in the second round.

The Central Division-leading Wolves (25-7-4-2) outshot Rockford (16-14-3-1) by a 36-16 margin — the sixth consecutive game the Wolves have outshot their opponent by double figures and third consecutive by at least 20 shots.

But neither team could solve LaFontaine (0-0-2) or Soderblom (7-6-1). The IceHogs killed four Wolves power plays in the opening 25 minutes, then the Wolves killed the game’s final three power plays to extend their streak to 28 straight kills spread over the last 10 games.

LaFontaine, who turned pro Jan. 9, has played 127 minutes and 28 seconds in his first two AHL games and allowed just one goal.

“He made some really big saves for us tonight,” Warsofsky said. “Some Grade As in overtime there. He’s got a bright future.”

The Wolves start the second half of the season with a four-game road trip that opens Friday at Milwaukee. They return to Allstate Arena at 7 p.m. on Saturday, Feb. 12, to face Rockford on Star Wars Night. To get the best ticket options, including the special Star Wars light saber package, visit ChicagoWolves.com or contact a Wolves representative at WolvesTix@ChicagoWolves.com.

Get more information on the Chicago Wolves, accessories and game information and tickets ar www.chicagowolves.com. 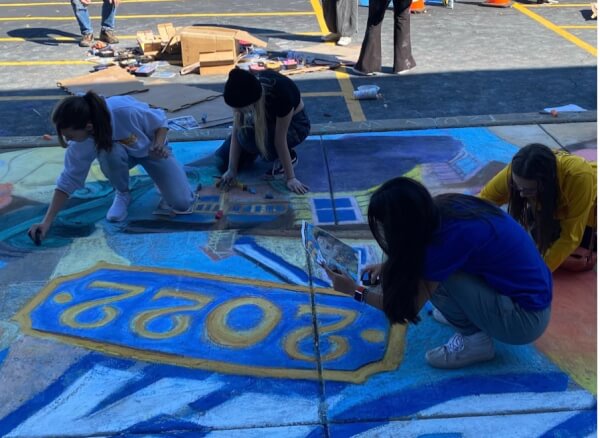 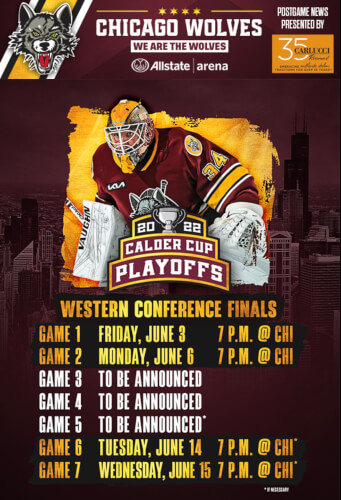