Letter to the Editor: Reader slams Ted Bojanowski for his lies

In an ugly, name calling letter published in the Southwest News Newspaper Group, political activist Ted Bojanowski attacked columnist Ray Hanania. Here is one of the letters written in response to Bojanowski’s lies and exaggerations.

In the 12/2/21 post of the Des Plaines Valley News (Southwest News Newspaper Group), Ted Bojanowski wrote a scathing letter to the editor attacking Ray Hanania, trying to discredit him by calling him a racist who should be drummed out of our lives.

First, I should mention that I am predominantly of African (Black) heritage. I read Ray Hanania’s posts every chance I get; sometimes, he is the only thing I will read in Des Plaines Valley News. He is even my friend on Facebook.

While I agree with 90% of his [Hanania’s] opinions, 9% still make me think. The one time I was the least offended by his writing was his insistence on the validity of Columbus Day.

As for Bojanowski’s accusations, he says that he attacks Black Americans like George Floyd, Michelle Obama, and Elizabeth Toledo. He says that Black Lives Matter is racist and allegedly accuses Blacks in Africa for slavery.

First, Hanania did not say that Floyd was asking for it; he said that Floyd was no saint and should not be made into a hero or Messiah figure, like this one Catholic university did. 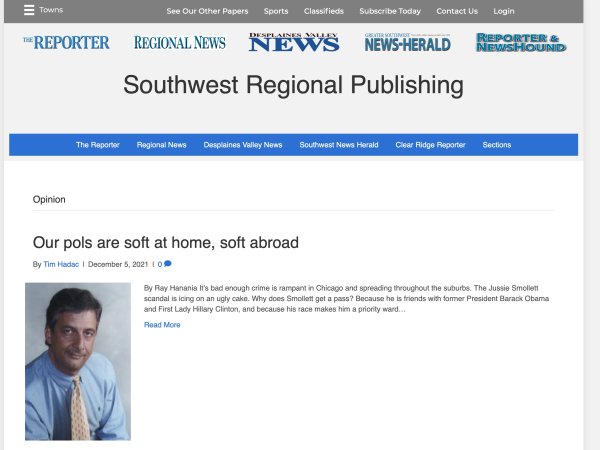 Regarding Toledo, Bojanowski is offended by him suggesting that she should be arrested for neglect and wonders if Hanania has “empathy for a black woman’s grief.” Could someone give him a picture of Toledo? She is not even Black! She is a White or Mestizo Latina! Second, if she kept an eye on her 13 year old son and the people with whom he associates, he would not have been outside after 2AM, and he would not have gotten killed! It’s funny how these negligent mothers are so quick to cry about their sons when they have been killed.

As for Blacks responsible for the Trans-Atlantic Slave trade, this is mostly true. Africans of Western and Central Africa had enslaved themselves for hundreds of years before the first White slaver appeared on the coast. It was African nations who solve other African nationals and tribes to the Western Europeans.

If you doubt this is a fact, then why did Ghana recently make an official apology for their role in the slave trade, offering citizenship to the African Diaspora in the Caribbean and the Americas?

Since he had to mention Black Lives Matter, Hanania was dead-on in his accusations of them. They not only try to demonize all White people and fuel the spread of that vulgar Critical Race Theory, but they are destructive and hypocritical. Fact: African Americans are responsible for 95% of the murders of African Americans. As for White civilians, 2%. As for the police, less than 1%.

Where is BLM in Chicago on summer weekends? Nowhere! As for Lightfoot, his venom for her is not displaced. She has done nothing good for Chicago. Nothing. She is a racist who said that she would not do interviews with White journalists. Still, last Spring and Summer, when Blacks were killing Blacks at epidemic rates, what was she doing? Nothing but discriminating against Whites, demonizing the police, and using tax dollars to paint the pride flag colors on the crosswalk to City Hall for pride month.

What I like most about Hanania is that he is not afraid to confront leftist fascism. He is not afraid to ask the taboo questions or to discredit political correctness. He is an intelligent, brave man. If anyone needs to be drummed out of our lives, it’s PC shells like Bojanowski.

As for Hanania, keep up the good work! 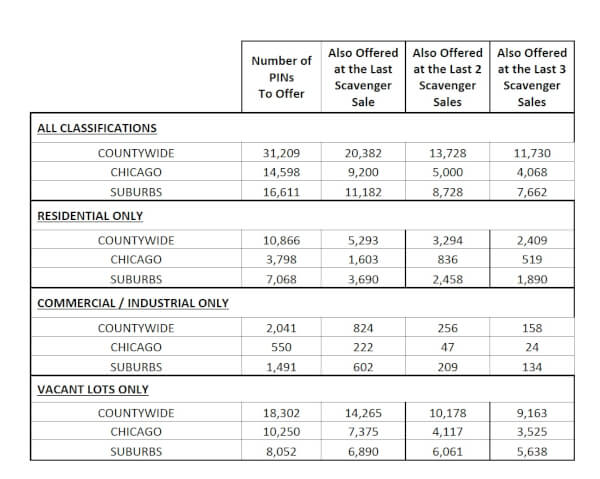