More than $39,000 in property tax overpayments returned to Arab community thanks to Pappas and Arab Chamber

American Arab Chamber of Commerce President Hassan Nijem, an “Honorary Cook County Treasurer,” said he is working with Cook County Treasurer Maria Pappas to refund thousands in overpaid property taxes that can be refunded. More than $39,000 was refunded during a review organized at the Islamic Community Center of Illinois

Officials of the American Arab Chamber of Commerce partnered with Cook County Treasurer Maria Pappas this week to help Arab and Muslim American save money on their property tax bills.

Pappas said Cook County property owners overpaid their taxes by more than $79 million, with more than half of the overpayments the result of taxpayers failing to claim various exemptions.

Chamber President Hassan Nijem, who is an “Honorary Cook County Treasurer” working with Pappas to help Arab American and Muslim taxpayers, organized a workshop at the Islamic Community Center of Illinois.

There, Arab and Muslim homeowners met with members of the Treasurer’s staff who helped them review their property taxes and fill out reimbursement forms to re-claim overpayments.

“I am happy to help individuals from the Arab Community to determine whether they are owed money for previous overpayments of property taxes in Cook County,” Pappas said.

“About $40 million of the overpayments are the result of property owners not claiming various exemptions to which they are entitled under Illinois law. Those ‘missed’ exemptions can be applied retroactively for this year’s taxes and for the previous three years.”

Pappas said that Arab centers and mosques should gather their members together and have them copy their property tax information and through the American Arab Chamber of Commerce organize a review in which her office will visit their sites to review and complete refund forms for anyone who overpaid.

Nijem said that the lists can be presented to Pappas and her office will also review them to identify properties which overpaid by failing to claim proper deductions and ensure that the overpayments are returned to the community.

“Just this week at the Islamic Community Center of Illinois, from the members who met with the Treasurer’s staff, we were able to identify and fill out refund forms to recover more than $39,000 in money to be returned to the Arab and Muslim property owners,” Nijem said.

For more information on having your records reviewed by the Cook County Treasurer Maria Pappas and her staff, contact the American Arab Chamber of Commerce by visiting their website at www.AACCUSA.org.

“We need to stop talking about what we need to do and we need to start doing things to help our community,” added Nijem, who this week helped force the City of Chicago and Mayor Lori Lightfoot to reopen some Arab American stores that were closed for minor code violations.

Click here to read the Chicago Tribune story on the fight for Arab business rights against Chicago City Hall racism.

“We need to act more and do less talking. We need to stop telling people what we can do and just do what needs to be done.” 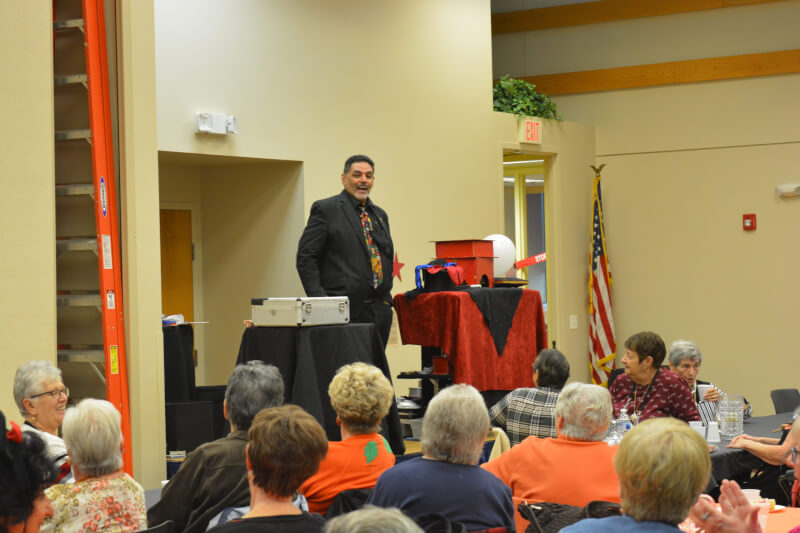