Lipinski and Hanania launch the “Two Guys on Politics” Podcast

Bill Lipinski and Ray Hanania have partnered to offer a unique podcast which will provide opinion, analysis and information on the news of the day.

Lipinski and Hanania have worked together as politician and journalist for more than 45 years, meeting at Chicago City Hall in 1977.

Lipinski was the Democratic Committeeman and Alderman representing the 23rd Ward, later serving in Congress from 1983 until 2005, and Hanania was a cub reporter with the Daily Southtown (Southtown Economist) Newspapers, later joining the Chicago Sun-Times in 1985.

Together, Lipinski and Hanania will offer their perspectives on issues in the news to help the public better understand the news and those issues. 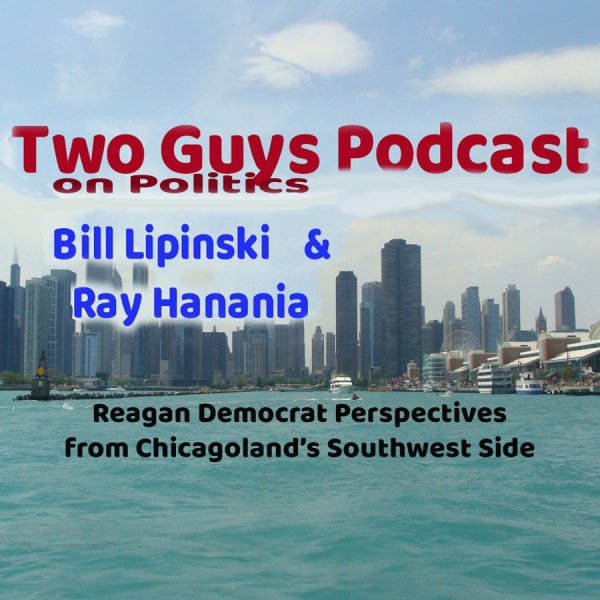 “We want to offer our perspectives and insight from many years of engaging and observing politics and government over the many years,” Lipinski said. “The Reagan Democratic perspective is a strong and popular perspective representing many Americans but often is not reflected in today’s coverage.”

Lipinski also authors the new column “Right from the Middle” which offers a Reagan Democratic perspective on topics regularly and published here at Suburban Chicagoland. To read Lipinski’s print columns visit www.AllAmericanEagles.com found on this website.

“I covered Bill Lipinski for many years and he was pragmatic, insightful and always objective and fair in his politics. He was well respected among the journalists who covered Chicago City Hall not as outsiders but as insiders who were assigned and worked out of City Hall for so many years,” Hanania said.

To listen to the podcast, visit:

Here’s the first Podcast on the failed war in Afghanistan. Click this link or use the Podcast Widget displayed here:

Bill Lipinski served as the Democratic Committeeman and Alderman of Chicago’s 23rd Ward, which generated one of the largest voting pluralities in Chicago’s elections. Lipinski was elected to Congress in 1983 and served through 2005. He currently writes the “Right from the Center” opinion column at SuburbanChicagoland.com.

Ray Hanania covered Chicago City Hall from 1976 through 1992 and writes opinion columns for the Southwest News Newspaper Group on Chicagoland’s Southwest side. The recipient of four Lisagor Awards and the Sigma Delta Chi Award, Hanania also write for the Arab News Newspaper in the Gulf.

“The Two Guys on Politics Podcast” offers opinion commentary on issues in the news on local, regional and national American politics from the perspective of Reagan Democrats. Lipinski and Hanania For more information on their podcast visit SuburbanChicagoland.com

In addition to their perspectives, Two Guys on Politics will also offer special guests to join the conversation.