While residents he met congratulated him for winning his fifth term in office Tuesday, one reminded him to remove his campaign signs in a timely fashion.

“I get to bask in the afterglow for about two minutes,” he said with a laugh around 8:30 a.m. 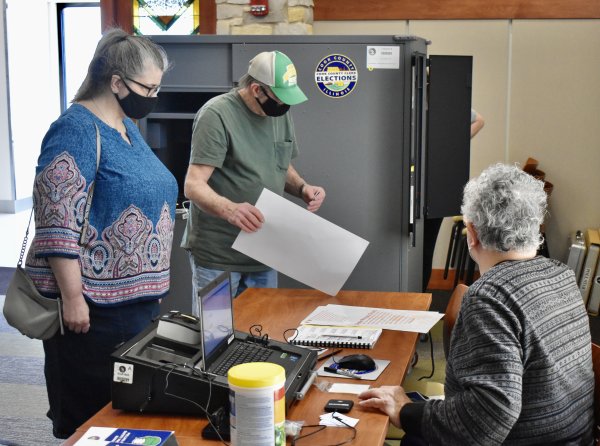 Jenny and Ed Barhorst prepare to cast their ballots Tuesday after getting help from election judge Richard Alvarez at the Countryside City Hall. Photo by Steve Metsch.

“It’s pretty humbling to get in for a fifth term. It really is,” Von Drasek said.

“When you have a political climate where people want term limits, that’s all fine and good, but I’m still proud to be able to do the job and answer to the people,” Von Drasek said. “I truly care for my residents.”

He thanked Mayor Sean McDerrmott and the United Party for Progress for their support along with wife Kathy and their six children.

“My youngest son, Scott, was 2 when I first got elected. He got to vote for me yesterday in his first election,” Von Drasek said.

Von Drasek said the key to victory was listening to Countryside residents.

“I’ve never wavered from being the voice of the people,” he said. “I listen the people and they know they can depend on me.”

“The complements I’m getting and the appreciation, that’s what drives me.”

Krzeminski took the loss in stride.

“The sun is up. I’m alive. Life is good,” he said around 9 a.m. Wednesday. “The people spoke. That’s what they’re going to end up with. Not more I can say”

Krzeminski, who served as mayor from 2011 to 2015, ran as an independent while Von Drasek was supported by the United Party for Progress.

“It wasn’t a good night for me,” said Krzeminski said,

He noted that running as independent when there’s not a mayoral election is difficult.

“It’s hard to get the people to come out to vote,” Krzeminski said. “They got their people out.”

This was Krzeminski’s final election.

“I’m done,” he said. “I was contemplating other things, but I’m going to be retiring in a few years. I’m going to sit back and relax.”

Von Drasek said it was “strange” to be challenged by Krzeminski “especially in a time when the city is running smooth. We keep pushing it in the right direction. I really don’t know what his platform was.” 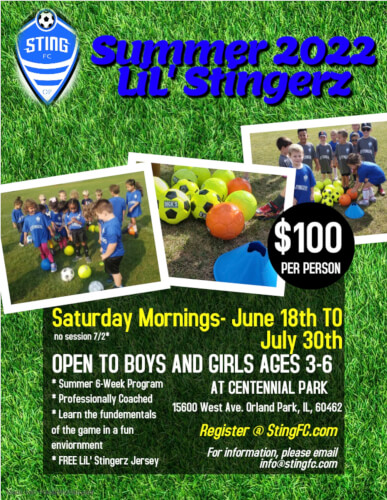