President Trump’s illness with coronavirus exposes an election soft spot that could cost him the Nov. 3, 2020 General election. Trump was treated by the newest antibiotic treatments that are not available to the general public. And, when he did get COVID-19, he didn’t turn to using hydroxychloroquine which he touted as a super drug to fight the virus. His illness also shifted the focus away from the fight against lawlessness associated with the looters and the Black Lives Matter protests gone wild

Until the first debate, I was convinced that President Trump had a great chance of winning re-election. He is the incumbent, the victim of mainstream news media bias, and the public’s focus has been on the nation’s divisions, emotional anger and not the substantive issues.

The news media and his critics and foes have made this a personal assault against Trump, not one based on real issues.

That all changed after the debate when Trump and First Lady Melania Trump tested positive for COVID-19 and the President had to be taken to Walter Reed Medical National Military Medical Center.

Why did he get it? Like many conservatives, Trump thinks wearing a facemask is a violation of his Constitutional rights.

Instead of strongly encouraging people to wear a face mask – it’s better to be safe than sorry – he sent a clear message that face masks don’t work, even poking fun at Democratic rival Joe Biden during the debate for wearing a face mask “everywhere.”

That certainly makes him look like a poor leader in a way that supersedes the biased but similar attacks spearheaded by the national news media.

But the worst issue has always been the issue of “hypocrisy.” And until now, the issue of hypocrisy has weighed heaviest on the biased, one-sided partisan national news media. Instead of being professional journalists, they have been PR flaks for the Democratic Party and their nominee, Biden.

That changed when Trump became infected. Trump stole the issue of hypocrisy away from the Democrats and the national news media, wearing that collar in a way that makes him stand out in a very vulnerable way.

While hundreds of thousands of Americans are struggling with the COVID-19 virus, with no real treatment, we are told President Trump is being treated with two different experimental drugs that have not yet been approved for the rest of us.

The president was also being treated with several other drugs including zinc, vitamin D and a generic version of the heartburn treatment, Pepcid, his White House said on Friday after the president was taken to the hospital.

What about the rest of us?

Why aren’t these experimental drugs available to the public? Why isn’t the White House telling the public these treatments can be available to treat COVID-19 patients. Why aren’t pharmaceutical companies making them publicly available?

Some 200,000 Americans have died during the spread of this virus that began at a Chinese laboratory in Wuhan – a point we should not forget and address more forcefully with tough sanctions when the nation overcomes the virus completely. The United States should sue China and force them to pay for all of the financial losses caused by this experimental virus screw-up.

The United States owes China nearly $1.1 trillion dollars, our second largest mortgage holder next only to Japan which we owe about $1.26 trillion according to the U.S. Department of the Treasury.

But that’s something we need to pursue next year when the pandemic is defeated.

In the meantime, the American people, especially the viruses’ most vulnerable victims, seniors, should be asking why has the Trump administration withheld the experimental treatments until now? Why is it ok for Trump to get the drug, despite the FDA’s failure to approve it, but the rest of us have to suffer through the virus threat with nothing?

Trump, who looked tough and unphased prior to getting sick, now looks weak and, worse, ignorant or even selfish. His assertions we don’t need to wear face masks and his failure to enforce social distancing, as evidenced by his numerous public events and activities, only reinforces weak leadership.

His ability to get treatment using these experimental drug cocktails suggests government only cares about itself, not the public. Those who have been disappointed and critical of the failures of the Democrats on the national level now have to weigh that against saving their own lives.

Trump, and other politicians who ridicule wearing face masks, are irresponsible. It raises real issues about being fit to hold public office.

The health of the public should be the number one priority of our elected officials. How Trump is being treated raises a serious question about his administration’s lack of commitment to us.

(Originally published in the Southwest News Newspaper group including the Des Plaines Valley News and the The Regional Newspaper. For more of Ray Hanania’s columns, podcasts and radio shows visit www.Hanania.com.) 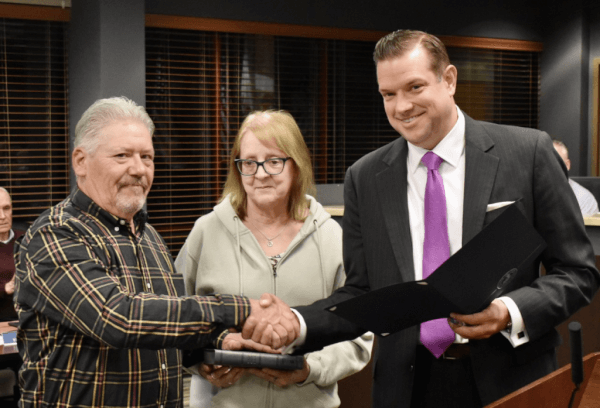