The news media and the Left and doing everything possible to undermine President Trump, but their efforts will only help him get re-elected. Rather than using logic and reason, and allowing a full analysis of Trump’s actions, the media and Left are using hate to attack him and it doesn’t work.

The Democrats in the House will probably end up impeaching President Donald Trump. It’s unlikely that it will go much further than that and will be stopped in the Senate which is controlled by the Republicans.

No one really cares about the real issue sin all this. It’s all about partisan politics, which side is going to be the other side anyway they can.

Let’s face it, the Left has been on a fishing expedition since Trump shocked them by defeating Hillary Clinton. They can’t believe it and will do anything to destroy him.

Look at how the “impeachment” cycle has been spun recklessly to the detriment of America.

What happened to “Russian Collusion?” Collusion isn’t a crime, by the way, but it dominated the start of the impeachment witch hunt. And they couldn’t find anything.

Some of Trump’s advisers and consultants and political allies are in trouble, like Roger Stone, who was convicted not for corruption or Russian collusion, but for “perjury,” a crime the Federal Government can make against almost anyone.

Then there was the “Obstruction of Justice” by Trump. What a waste that was. It didn’t go any where and the Left in the House dropped it like a bill to solve the nation’s immigration problems they have been screaming about for two decades without doing anything about it.

Then there was the claim of a “Quid Pro Quo,” which didn’t go anywhere either.

And not it is bribery and the Ukraine. Where’s that going to go? I listened to the former ambassador to Ukraine, Marie Yovanovitch, who was appointed by President Obama, Mr. All Talk and No Action. People loved him on the Left because he was a poet.

But the truth is, Trump had every right to dump Yovanovitch, who is a part of the so-called Deep State, un-elected political appointees in government who serve longer than the people we elect to office. Yovanovitch is naturally angry she was fired and that’s fueling her attacks against Trump, appearing at the Impeachment hearings and basically saying absolutely nothing of substance, except fanning the flames of anti-Trump hate.

It’s clear that regardless as to whether the House impeaches Trump, all the impeachment will do is help guarantee Trump’s re-election, or at least make it far more likely that he will win.

The only candidate who can beat Trump is New York’s former Mayor Michael Bloomberg. Trump is a billionaire. Bloomberg has more than 50 billion in assets and wealth. But the Left doesn’t like Bloomberg so they are doing everything they can to ridicule and prevent him from running.

The media is running stories that he’s not doing very well in the polls, as if the polls mean anything. But Bloomberg is at 5 percent, which is more than 8 of the 17 Democrats already in the race and Bloomberg hasn’t even announced yet.

What the media is doing is trying to keep everyone out except Elizabeth Warren and Joe Biden. I’m not so sure about Warren. She seems like a cheap Hillary Clinton knock-off. Biden, well, you can depend on him to stumble through the election. I can’t see either of them defeating Trump. But Bloomberg hurts both of them and the media and the Left won’t have it.

Wouldn’t it be nice instead of wasting al this time on partisan politics, the House spent more time addressing the serious issues we face as Americans?

Oh, but what would the national news media like CNN, the Washington Post or the New York Times do without screaming headlines of partisan rancor to swell their revenues?

This is the national news media’s last gasp at salvation. They need the partisan divide to gin up revenues, sell newspapers and rally viewership. Nothing does it better than hate, that’s for sure. And the Left is full of it.

I’m not the biggest fan of everything Trump does. But politics is a process of relativity and percentages. He may not be the best political leader, although many of the things he has done like improving the economy and easing taxes on the Middle Class have been ignored achievements. 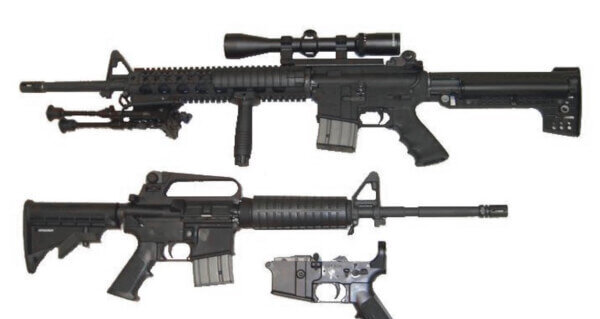 Comment (1) on “The rancor of anti-Trump impeachment mob justice”