Gov. JB Pritzker activated the Illinois National Guard to help respond to flooding caused by this past week’s devastating tornadoes and heavy rain storms, and launched a program called “Don’t Wait, Evacuate” to urge residents in flood-slammed communities to leavew their properties duirong flooding to avoid injury or death

With urgent flooding situations along the Illinois and Mississippi rivers, Governor JB Pritzker has activated approximately 200 Illinois National Guard soldiers for State Active Duty to assist with the state’s flood fight operations and urged all residents in affected communities to listen to the directions of first responders.

“As we face historic weather in this state, the safety of our communities will always be my top priority, and every relevant state agency is working in concert to protect communities,” said Governor JB Pritzker. “This morning, I activated the two hundred members of the Illinois National Guard to regions along the Illinois and Mississippi Rivers to assist in sandbagging operations and levee monitoring and reinforcement, with another 200 on standby. We have deployed more than two million sandbags, hosted multi-agency resources centers in impacted communities, and I issued a disaster declaration impacting 34 counties. My administration will continue using every tool at our disposal to protect impacted Illinoisans.”

Soldiers of 2nd Battalion, 123 Field Artillery Regiment were notified of the activation last night (Wednesday) and began reporting to their units in Milan, Galesburg and Springfield today (Thursday). The soldiers will help strengthen levees and construct protective barriers in flooded areas. The soldiers will be ready to deploy to affected areas by tomorrow (Friday). In addition, Governor Pritzker is activating a small team of Illinois National Guard planners to augment the Illinois Emergency Management Agency staff.

“The Illinois National Guard is a community-based organization, and when our communities need help we answer the call. As they do to answer they do when they deploy to fight their nations wars, they are leaving families and jobs behind to help their fellow citizens,” said Brig. Gen. Richard Neely, The Adjutant General of the Illinois National Guard. “These guardsmen will assist the residents of impacted areas and help protect the communities from further damage.”

Alicia Tate-Nadeau, acting director of the Illinois Emergency Management Agency, said she has been in contact with National Guard leaders throughout the state’s flood response. “The National Guard is an important part of the overall state emergency response team. As a retired National Guard general, I’m well aware of the great capability that the Guard brings to the fight. They are professionals in both their state and federal military missions.”

“The Illinois Department of Transportation takes great pride is assisting communities during natural disasters,” said Acting Illinois Transportation Secretary Omer Osman. “By mobilizing the National Guard, the governor is helping to ensure residents get the relief they need during this critical time, and IDOT is ready to ensure that critical infrastructure is protected and safe for travel.”

In a related issue, Illinois state officials are issuing an urgent plea to residents in river communities to prepare for potential evacuations due to the threat of rising floodwaters. Reports indicate this is the longest-lasting flood event since the Great Flood of 1927.  Due to prolonged flooding and recent precipitation, levee saturation levels in critical condition along the Illinois River.  Emergency Management officials and first responders are advising residents in river communities to have a family evacuation-plan in place, in the event you need to evacuate due to rising floodwaters.

Flooding has been a factor in 49 deaths across Illinois since 1995. That is more than the number of people killed by tornadoes during the same period.  By waiting to evacuate you put not only yourself at risk, but also the lives of the first responders who are called to assist in an emergency.  Three out of four flood fatalities involve people in vehicles trying to cross flooded roads

“The Illinois Department of Transportation is closely monitoring the potential for even more flooding throughout the state, but the public needs to be aware that conditions can change unexpectedly for the worse,” said Acting Illinois Transportation Secretary Omer Osman. “Anticipate much longer travel times, follow posted detours and never attempt to drive through flooded roads.”

Emergency management officials are urging to know the steps to take to keep their family safe in the event of an emergency.

Be ready to evacuate.  Have an emergency go bag packed for a quick evacuation.  When you want to pack for all members of your family, including your pets.  Don’t forget your medications, glasses, cellphones and chargers.

Because families may not be together when an evacuation order comes in, have a family communications plan to ensure everyone has the essential information and knows where to meet up post-evacuation.

Follow instructions of local authorities.  If told to evacuate, do so immediately. If you do not have friends or family to assist you with an evacuation, listen to your radio or TV for information on provisions being made to assist those who need housing assistance.

Have more than one way to receive important weather information.  Because disasters can occur while you are at home, at school, at work or on vacation, make sure your mobile phone can receive emergency alerts.  Monitor television, radio and internet for updates, and where possible, sign up for your community’s emergency alert system.

Check on your neighbors.  During a disaster, 46% of individuals expect to rely on the people in their neighborhood for help within the first 72 hours after a disaster or emergency.

In an effort to encourage everyone in Illinois is prepared for emergencies, the Illinois Emergency Management Agency’s public preparedness website, Ready Illinois, is available in multiple languages, including Spanish, French, German, Filipino and more.  To learn more about emergency preparedness for all hazards, man-made or natural, visit www.ready.illinois.gov. 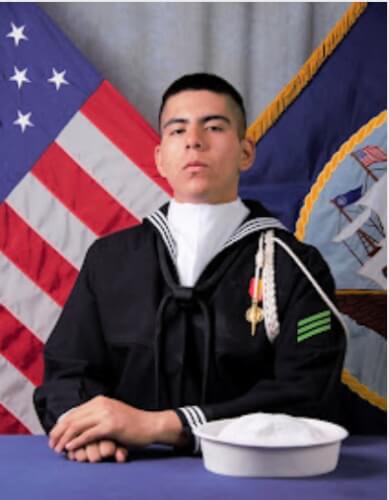