Orland Park’s village board majority is preparing to increase taxes on its residents, both a property tax hike and a massive tax on local restaurants that the village officials defend by asserting that “it won’t just impact Orland Park residents. It will impact everyone.” That’s what they said when they jacked up the sales tax in 2001 and promised to rebate taxes to village residents to off-set the impact of the sales tax hike, which they have since canceled. Everything was hunky-dory when former Mayor Dan McLaughlin asserted that the village economy was “great” during his State of the Village speech. But now that he has been ousted for trying to boost his salary and pension, his board allies claim the economy is killing them.

Orland Park Mayor Keith Pekau raised a red flag this week when he warned taxpayers that the anti-taxpayer village board, led by Village Trustee Michael Carroll, is planning to slam residents with another huge tax increase.

According to Pekau in his latest email report, the board will jack up the taxes on residents by adding a new tax on restaurants in a proposal Carroll is pushing.

Carroll, who acts as if he, not Pekau, was elected mayor of Orland Park, is planning to shove a tax down the throats of Orland Park residents, figuring that Pekau is disorganized and that he, Carroll, has just enough votes to squeeze taxpayers pocketbooks dry.

It’s bad enough that the Carroll-led board tried to give the ousted former Mayor Dan McLaughlin a massive salary hike and huge pension increase, while most Orland Park residents are struggling in the uncertain economy. But Carroll’s board, working with McLaughlin, also revoked the sales tax rebate that McLaughlin vowed would remain in place to off-set the sales tax hike he and the board imposed back in 2001.

What’s really amazing is that while McLaughlin was mayor, he and the board presented the village economy as booming. But once McLaughlin was tossed out of office, the administration suddenly flipped claiming that we now face economic uncertainty.

McLaughlin made the claim before the election during his 54-minute State of the Village Speech at Sandburg High school on March 16, 2017.

Here are some notes from McLaughlin’s speech:

“We all struggle with taxes. But you should know the Orland portion of your tax bill is less than 7 percent of your total bill, and we have the lowest tax rate in the area. … but it also covers our parks and recreations programs and facilities, and our many family events and concerts. And I mention that because unlike many cities, we don’t have a park district with a separate tax to cover these areas.

“Strong and financial sound position that the village is in.”

It all sounds suspicious to me.

Even worse is that we have both a full-time mayor and a very expensive, three-member village manager system with a village manager and two deputies earning a small fortune. The Village Manager, Joe La Margo, essentially has been given the powers of being the mayor while the full-time mayor that the voters elected is being shoved aside by Carroll’s village board majority. Last month the Carroll-run board added another year to La Margo’s contract, to get him past the next election, and also extended his severance from six months to nine months. La Margo told me his predecessor had the same nine-month severance.

Here’s Mayor Pekau’s report which he sent out this week to alert residents and taxpayers about the screwed up environment in which he has been forced to work.

The only major discussion item from last week’s board meeting was another discussion on next year’s budget. Additionally, the minutes for the three previous meetings were approved. This time they were written correctly.

The budget discussion was interesting. Prior to the meeting only Trustee Carroll, as the Finance Committee Chair, was privy to a lot of the information presented to the board by the Village Manager. In short, we were asked to approve $1.587 million in new tax revenue and were shown $1.267 million in expenditure reductions. We were also informed that there will be a request for a restaurant tax that Trustee Carrol and Village Manager LaMargo are proposing to be used for capital expenses. This will be discussed at a future meeting.

The good news is if we adjust the budget by the $2.85 million presented, we will maintain a healthy operating reserve for 5 years. If we do nothing, we will have no reserves for four years, so this great progress. There was a lot of discussion among the board members. My comments follow.

First, the Village Manager and Trustee Carroll indicated that they needed direction from the board as the direction in the previous two meetings was unclear. I disagreed. The direction the board gave was perfectly clear. In our first budget meeting, we were told that we needed to close $3.2M in operating costs. We agreed (and directed staff) to find $2M in revenue and $2M in cost cuts.

At the next meeting, which was the revenue meeting, $4.3M in revenue was proposed. These new revenues included:

Generally, the board agreed to the first two and potentially increasing the levy (without yet determining an amount). Also, we discussed the impact of two new revenue streams:

These would be administered and collected by the village. Hypothetically, if all of these were implemented it would be $3.5 million in new revenue. The board then directed staff that we would consider these taxes but we wanted to see matching cuts.

I think the direction was very clear. The first meeting the board said $2 million in cuts and the second meeting we said $3.5 million in cuts since more revenue was requested. We were given $1.267 Million in cuts. This is not acceptable – the board gave clear directions that weren’t followed. Village Manager LaMargo then disagreed with me, stating that staff had met the board’s requests by giving us $1.267 million in cuts which was more than the $1.0 million in revenue being asked for. I strongly disagreed and added the numbers on the slide he just presented. I made clear that any way you slice it, it was $1.587 million in revenue requests. He then justified his number by saying that $545,000 is for police pension, saying it is not an operating expense and isn’t part of their revenue request for which they needed matching cuts. Trustee Dodge and I both made clear that the police pension is an operating expense regardless of what government accounting rules allow you to do. Personally, I am tired of the shell game.

I also made the following things clear:
The Village Manager was asking our residents to pay over $1.5 million in taxes
The board asked for $2M and then $3.5M in cuts and the Village Manage came back with less than $1.3M in expense cuts. This is not acceptable and it is not what the board directed.
We reviewed these cuts in executive session (because many involved personnel) and came out of executive session for more discussion. One of the proposed expense cuts is to close our façade program fund that is rarely used. I have no issues with stopping the program and using the $350 thousand in unused funds. However, this is not an expense cut. This is shifting money around. I want to see real cuts.

Additionally, the Village Manager was clear that there would be no new special events. The only new special events are the three concerts which should be budget positive since we are charging for tickets. The focus should not be on budget neutral/positive events. It should be on our structural costs!
Lastly, one of the Village Manager’s proposed expense cuts was to cut our Veterans Programs. His rationale was that it saved about $7K and the State of Illinois, VFW and American Legion provides these programs and we donate to these groups.

This rationale is flawed as none of the groups he mentioned offer the programs we do. Our Veteran’s programs include Memorial Day, Veteran’s Day, the Liberty Fun Run, our Sunday program at the Taste of Orland, The Fishing Derby for Disabled Veterans, The Veterans Steak Fry, the Veteran’s Memorial engraving and the formerly named Mayor’s golf outing, which is now the Veterans Golf Classic. The good news is, our board agreed with me and directed the Village Manager not to cut the Veterans Programs.

The Village Manager then requested more direction from the board and wanted
us to approve the cuts and revenues that were proposed. I disagreed. First, staff, at the Village Manager’s direction, gave us a binary choice. Either choose these alternatives or we can’t make the budget work. I reject this idea because the board needs to be given choices which means finding more cuts and revenues that do not involve taxes. This way the board can prioritize and make choices. The board agreed with me to request an additional $500,000 in cuts and revenue options other than taxes.

For example, no sponsorship revenue was assumed. Staff did a great job developing sponsorships this year and that should be the baseline for next year. Staff should be held accountable to match this year’s performance. The board agreed.

My comments also addressed the fact that these are hard decisions so the discussions will be long. They have been professional and amicable and I expect them to remain so. We are not facing a recession, but a fundamental shift in the economy. The decisions made by the Village board over the next two to three years are critical for Orland Park’s success over the next twenty years.
I promise to continue to work on solving our fiscal problems for the long term. 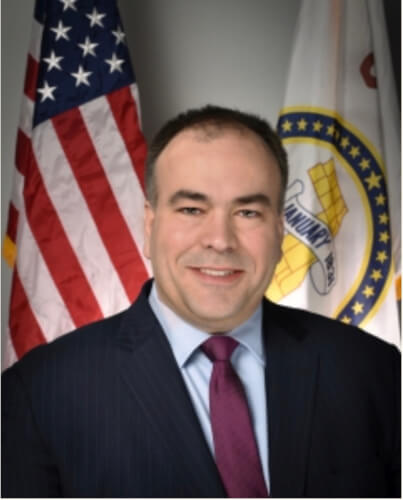