The sequel to the phenomenal play The Phantom of the Opera, called appropriately, Love Never Dies, continues the thrilling tale of love on stage at the start of the 20th Century. Playing at the Cadillac Palace Theater in Chicago’s Loop, it’s well worth the time and money. Brilliant performances that are very entertaining. And who can complain about Andrew Lloyd Webber tunes?

It’s 1907 and Christine returns with her “family,” an insecure husband and a young boy who is about 10 years old. There are no such things as coincidences, folks. So you know what is coming in the sequel to The Phantom of the Opera, which is appropriately titled Love Never Dies.

I was able to purchase tickets to see Love Never Dies at the Cadillac Palace Theater in the Chicago Loop, 151 W. Randolph. The tickets were on the main floor, on the left side near the aisle — Orchestra Left, towards the “center” aisle. The tickets cost $100 each plus fees. When you spend over $200, you want to make sure you’re getting good entertainment. I wondered Shakespeare and his audiences considered that when they sold seats for two pence back in “the day?”

Though in truth, the costs were not excessive at all. And the view from the seats was phenomenal and worth the money. It was cute that a young woman would walk around and sell bottles of water and packs of Twizzlers, which I had to grab and snack on during the performance. I really don’t go for the “wine and cheese” snacking, out in the lobby like I was among royalty or something. You can get that out in the lobby if you want, that feel, that pretense that you are on Broadway with the New York glitterati. Better yet, you can also purchase “Suite Service” for $40-$45 per person, plus fees.

You get Access to private suite 45 minutes prior to showtime and at intermission, complimentary variety of light hors d’oeurves, private full service bar, desserts, and private restrooms, coat check and courtesy phone for local calls.

Suite Service is in addition to your ticket. Space is limited. Suite service is for everyone no matter where you sit, although it is limited. You don’t have to purchase the more expensive seating locations. The food options looked great. But Alison and I went to the Everest Room for a 7 Course French dinner to celebrate Valentine’s Day (on the Saturday after) and that was phenomenal and worth another review, soon. Pricey but a real experience that everyone should try at least five times in their life.

Here is the theater description of the performance:

Andrew Lloyd Webber presents this new touring version of his blockbuster musical Love Never Dies, the sequel to Phantom of the Opera. Reuniting the masked ghoul from the original with his one true love Christine, this is yet another rapturous crowd pleaser, with the action relocated from Paris to a macabre cabinet of curiosities in New York. Bursting at the seams with romance, horror and intrigue, Love Never Dies is a worthy follow-up to one of the most popular musicals of all time.

Tony-nominee Glenn Slater provides the vaudeville-influenced score, while acclaimed author and humorist Ben Elton wrote the book. Written over the course of two decades, Love Never Dies made its hugely anticipated debut on the West End stage in 2010, in a lavish production sure to be matched in decadence by this North American tour.

A decade after the events of the original phantom, we are introduced to our masked anti-hero once again. Now known only as Mr. Y, he has fled across the Atlantic, and has reinvented himself as the reclusive owner of the freakshow Phantasma on Coney Island. Yet his dark heart still pines for Christine, his one true love, and he tricks her into coming to New York to perform at his show. She arrives with her drunken husband Raoul and angelic son Gustave in tow.

Unable to hold himself back, it is not long before Mr Y. reveals his true identity to Christine. She is forced to choose between The Phantom and Raoul once again, but this time, there will be no second chances!

The plot makes for a lot of jealousies, man predictable lines — I’d never seen it but I found myself whispering the endings of dramatic sentences. The performances were phenomenal. The atmosphere of the carnival was amazing. he stage design was very impressive from the curtains to the props and the huge stage structures that help convey a sense of location for each scene.

Of course, being a writer myself, I am sitting there thinking of how I could change the performance to make it even more amazing than it was. I had one idea for the ending. But I won’t tell you how it ends so I’ll keep it to myself, mostly.

Andrew Lloyd Webber’s score was great. Very moving. The songs and the music really brought you into the 19th Century era. You could imagine this really taking place.

There’s still time and seats left for the production. It continues through March 4, 2018 and I urge you to snap up the tickets and enjoy a great entertaining performance. It’s worth it.

Click here to get more info on the production and detailed cast info.

Don’t read this if you plan to see or haven’t seen the show:

For those who saw the play, here’ say suggested ending: Gustave confronts the Phantom on the pier as mommies is being held by her husband. A touching moment when they both realize they are father and son. But instead of embracing in love, Gustave pushes the Phantom off the pier into the water. Now, that would have made for a great sequel tot he sequel, “Love Does Die.”

But then, I was a City Hall and political reporter and tragedy really means tragedy for me. 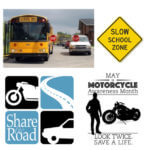