Getting bored by the empty void of streaming TV

With so many streaming cable options all competing for the public’s attention, there are some great choices and some terrible ones. And there are things that each system can do to improve their services, besides adding quality original programming to their offerings. When the monthly subscription fee is the only thing you can count on, that is a hint that things are not that great

I have subscriptions to nearly every streaming TV service and I am starting to get really bored, mainly because each service thinks the best way to make money is to manipulate their audiences holding off releases, changing their formats, and teasing with future episodes that are a long way off.

I have Xfinity-Comcast, DirecTV, Hulu, Netflix and AmazonPrime. Xfinity offers the best viewing format that is the most flexible for the family that moves around from home to lake house to vacations. I can watch almost all of my recorded programs from anywhere, either through my computer, or by using a TV addition like Apple TV to “share” the broadcast from my computer to the TV screen where I am at on any given moment in time.

But like the rest, Xfnity is about making money. I pay a lot for the monthly subscription, so why do I have to pay $5.99 to watch “Cocaine Godmother,” the story of narco queen Griselda Blanco, which is showcased on the LifeTime Channel? Because Lifetime, which is one of the cable TV channels, wants to spin off its own streaming service. Lifetime thinks that I am going to pay another $3.99 a month (or $39.99 a year) to add them to my growing monthly tab?

I’d rather tell “Griselda” to go F-off, even if she is being portrayed by actress Catherine Zeta-Jones.

I hate it when the streaming cable TV channels squeeze your wallet for extra money, when they are already making a fortune sharing in the monthly payments I already make to Xfinity-Comcast and to DirecTV.

By the way, I have to say that DirectTV is the ABSOLUTE WORST cable TV service. Their menu design is horrible and counter-intuitive and very unfriendly to users. It’s very difficult to find anything. They crowd their channel selections with premium movies that cost extra on top of the monthly bill you are already paying.

It’s almost disrespectful how they take your money and instead of doing their best to provide you with the best user experience, “SPAM” you with promotions for other movies they try to force you to purchase so they can squeeze your pocketbooks for more cash.

They’re like the mafia. In fact, with everyone complaining that the competition for new original films is tight, maybe they should make a movie about the Cable TV Mafia and their unscrupulous tactics and practices. The consumer knows all about it and has a brewing anger interest for the topic that needs to be fed. It’s the biggest complaint I hear from friends, that they have all these cable TV channels and nothing but garbage to watch.

Hulu charges me $7.99 a month and I have burned through all of their original series. I want more but they just don’t have anything. I watched “Castlerock” — it was OK. I watched “Casual” which ended in its final season. Interesting but mildly boring. I watched “The Handmaid’s Tale,” which was phenomenal. But now that I have seen all of the seasons, I am bored. I watched “The Looming Tower,” “Hard Sun” and the two versions of “National Treasure.” But they left me wanting more, and very disappointed.

Feed the hungry beast, people. Unless you can do that, you can’t be a good streaming movie channel!

I have Netflix, which for many years was the Cadillac of streaming movies and original shows. But lately, it has become boring, too. Their most popular program is “I Want More But Can’t Get Enough!”

Netflix, however, does the best job of parceling out their offerings, pacing original shows so that subscribers don’t get too bored. I’ve seen everything on Netflix, but I am planning to watch “Perdida.”

I loved all the Narco series, the stories about deranged drug lord Pablo Escobar. There was “Barcos” and “Surviving Pablo Escobar: Alias JJ” (Jota Jota) — a great program that was in Spanish with English subtitles. Despite the difficulty of watching subtitles, the program was compelling and really worth watching regardless of the language difficulties. It was great! Then there is
“El Chapo,” the midget monkey drug dealer who beheaded so many innocent people and escaped prison so many times with the help of Corrupt Mexican Government authorities. “Corrupt Mexican Government authorities” is an oxymoron. You don’t need to say “corrupt” because we know they are from the get-go.

Netflix is probably my best investment. I like the layout of their menus, too. Very user-friendly, far better than Hulu and definitely way beyond DirecTV. XFinity-Comcast comes closest to being user-friendly.

And then there is the monumental disappointment of disappointments, Amazon Prime. The truth is, no one subscribes to Amazon Prime expecting great programing. Most of the people are former Home Shopping Network addicted junkies who love to spend money they don’t have who buy all kinds of new junk on Amazon online. They subscribe because they want their shipping free, which off-sets the cost of the monthly subscription fee of an outrageous $12.99 a month.

But, if you don’t buy a lot of the junk on Amazon.com, then you might do some calculations and reaize you are not getting the bang for your buck when it comes to movies and original shows. Amazon Prime has the worst and least options.

They had a few good shows, but it has been a long time since I watched anything. I loved “Goliath,” which starred Billy Bob Thornton. I loved it. But, that love quickly died when the series came to an end. I am trying to get around to watch “The Man in the High Castle,” the story of what would have happened had the Nazis won the war, blah, blah, blah!

Worse, I have to wait until August 31 to start watching the new series “Jack Ryan,” starring former Office comic and actor John Krasinski. Krasinski is transforming into a great dramatic artist. He was phenomenal in the movie “13 Hours” the story of the Hillary Clinton’s screwup in Benghazi, Libya. Oh, there was more than enough int he heavily edited film to figure out that Clinton screwed up Benghazi and was responsible for the killings of Americans there.

But, is there enough at Amazon Prime? One great show every three months (the equivalent of $42 per show). I’m not sure.

It would help the bad streamers to re-do their menus. I need easy to see graphics on each movie, not just names. And I also need clearly defined ways to sort through the old series and the new series. With so many streaming cable systems throwing stuff at me, it’s hard to know when a great series starts it’s new season. Is it a new season, or am I just drawn to an old season because there are so many things to watch.

Although the systems are supposed to keep tabs for you (indicating if you watched a series or not), it doesn’t always work, especially if you are moving from one location to another, even from one TV to another on the same system. TV to computer, to vacation home, to cell phone! They need to improve that inventory system so I clearly know where I left off and when a new series starts. 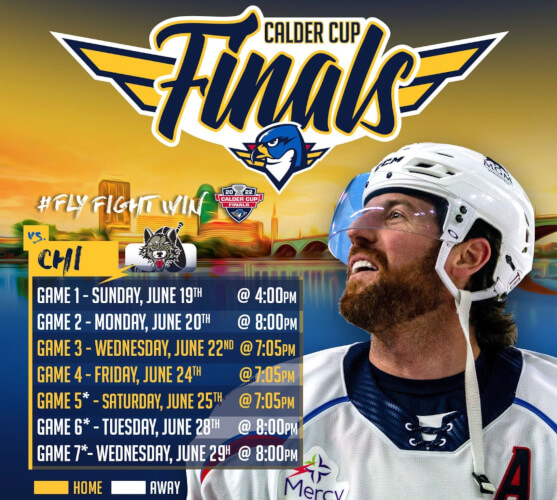