Whatever issues might exist with WiFi services, Xfinity-Comcast does offer the best remote access to your cable TV account, far better than any of the other competitors including DirecTV. Xfinity allows customers to view programs they have recorded on their home systems remotely, from anywhere where WiFi access is available and using almost any device. And they don’t get int he way of the enjoyment

Every system has WiFi issues. WiFi will never be perfect. But one cable system offers not only the best WiFi option but also services that permit you to access your programming from anywhere int he world.

You’ve heard me bitch about WiFi in the past but the truth is every system has its WiFi interruptions and bumps, usually caused by weather. And in recent years, the weather has gotten worse in Chicagoland.

But Xfinity makes up for it all by allowing you to access your system remotely. You can record anything, up to 10 programs at one time, and then watch them from any location that has WiFi.

That means that you no longer have to miss your favorite weekly series or programs when you go on vacation. If you can get WiFi access, or any Internet access, you will be able to access your account and peruse through the recorded programs.

You can also watch your programs using almost any type of computer or cell phone device. I access my account and watch programs using my Macbook Pro, my iPhone 8 and my iPad. Usually, the problems exist with the failures of Apple to manufacture good technology. (Apple is constantly trying to control your life, telling you what you can or can’t see, and what you can or can’t do.)

Not Xfinity. They make it easy to access your account using your email and password. None of this spaghetti-looped complicated protection systems that are so complicated they often prevent you from enjoying an evening or watching a TV or cable show you just MUST see.

Xfinity-Comcast leaves it all up to you. You decide when, where and how. They don’t tell you.

The streaming of videos, movies and TV shows is near flawless. Occasionally there might be an interruption but usually that’s has to do with the Internet access you might have while on vacation or traveling. And, with WiFi now available through your cell phone provider in your vehicle, you can be on a road trip and the family members can be watching the latest episodes of “Game of Thrones” on HBO or the phenomenal series available exclusively on Hulu called “The Handmaid’s Tale” starring Elisabeth Moss.

You have to see them. But of course, you need a cable system that gives you the best chance to overcome the shortcomings caused by Apple products and computer technology that often is created by the technology developers who try to control your lives.

I hate the Tech Bobbleheads. They ruin every experience mainly because they are not normal people but they write programming that falls short of what normal people want. For them, it is all about greed and profits. For us, it is about hard work and money earned and getting a great value for our buck.

In all the muck of the cyber world, computers and the continually advancing technology, the one system that seems to always deliver — or at least delivers far better than anyone else — is Xfinity-Comcast.

If you don’t have Xfnity-Comcast, that’s your bad luck. I have a lakehouse and even though I can’t subscribe to Xfinity at that second home — I have to subscribe to DirecTV so I know what I am talking about when I say Xfinity is far superior in service and quality than DirecTV — I am able to use my Apple TV to go through my Xfinity services to access such as HBO, Showtime, and also Hulu, Netflix and AmazonPrime.

You can even access Xfinity-Comcast on your Macbook Pro and then broadcast the laptop screen to the local TV to watch everything as if you were subscribing to Xfinity-Comcast instead of the poorer quality DirecTV that is just so unreliable.

One day Xfinity will be available everywhere. When that happens, the lakehouse will be Xfinity-Comcast enabled and my life will be completely free.

(Ray Hanania is an award-winning columnist and former Chicago City Hall political reporter. Contact him through his personal website at www.Hanania.com or by email at rghanania@gmail.com.)

Who is Rauner trying to fool? Editors Pick 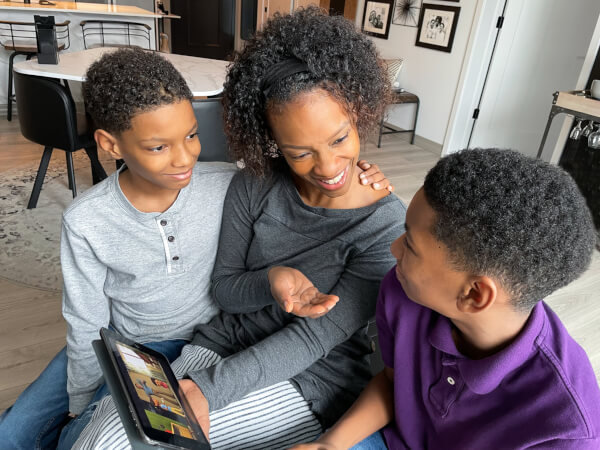 Remaining Calm in an Angry World: How Some Cope Chicago