AMVETS follows up rejected #PleaseStand ad with PSA the NFL doesn’t want you to see. AMVETS (American Veterans) is a non-partisan, volunteer-led organization formed by World War II veterans of the United States military. It advocates for its members as well as for causes that its members deem helpful to the nation at large.

American Veterans (AMVETS) has produced a 30-second public service announcement elaborating on a print ad the NFL refused to run in its Super Bowl program because of the simple, two-word message – “#PleaseStand.”

Both the new PSA and the originally rejected print ad can be viewed and downloaded on AMVETS’s multimedia page here: https://digitalmedia.vnr1.com/2018/01/31/Please-Stand-PSA/

AMVETS, a non-profit organization dedicated to serving veterans and promoting patriotism for more than 70 years, is delivering a message inline with its Americanism program by emphasizing the basic values of civic responsibility, public service, patriotism and respect for the flag.

Crowd performing the US national anthem before a baseball game at Coors Field. (Photo credit: Wikipedia)

Amid controversy surrounding the NFL’s decision to allow players to kneel during the National Anthem, the NFL rejected AMVETS’s “#PleaseStand” print ad January 21 and issued a public statement that called the ad too “political.”

AMVETS is a non-partisan organization and does not consider its message political at all. Its new 30-second PSA elaborates on its #PleaseStand message by not only calling for people to stand, but also to observe other non-political civic responsibilities as well.

“Our message has always been patriotic and polite. It simply requests that people choose to stand during the National Anthem. It neither judges, vilifies or even opposes those who choose otherwise,” said AMVETS Executive Director Joe Chenelly. “We’re simply asking that people choose standing, and the NFL has made it harshly clear that it does not want veterans delivering this message anywhere near its biggest game. We think that’s wrongheaded.”

The AMVETS Americanism Program is a patriotic program the organization offers schools and youth organizations nationwide as a resource for teaching children in kindergarten through 12th grade about their American heritage, civics and citizenship.

AMVETS is the only Congressionally-chartered veterans service organization open to all veterans who served honorably, including reservists & guardsmen. AMVETS has been a nonpartisan advocate for veterans and their families for more than 70 years. 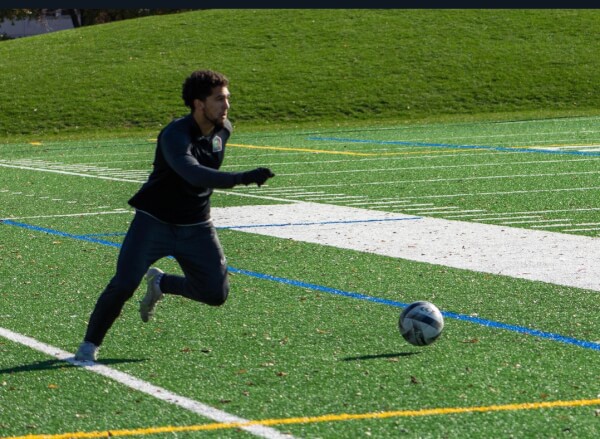