Sol Flores will serve as Deputy Governor. Flores is the founding Executive Director of La Casa Norte, a non-profit organization established in 2002 that has served more than 30,000 youth and families confronting homelessness. Flores built La Casa Norte from two employees with a $200,000 annual budget to an 80-employee, multi-million-dollar organization that delivers inspiration, hope and critical services to the lives of homeless families, single parents, victims of domestic violence and abandoned youth. She has served on numerous working groups and commissions as a tireless advocate.  Flores currently serves on the board of directors at the Latino Policy Forum, The Chicago Low Income Housing Trust Fund, Community Renewal Society, Hispanic Housing Development Corporation and Kuumba Lynx. Flores was raised by a single mother who came to Chicago from Puerto Rico and has been recognized as a national Champion of Change for her work by the Obama White House.

John Kim will serve as Director of the Illinois Environmental Protection Agency (IEPA).* Kim has served in many senior roles during his distinguished 25 years at the department under five governors of both parties. He currently serves as chief legal counsel, where he supervises a legal staff of approximately 40 employees. Kim previously served as director, interim director, ethics officer, deputy general counsel, assistant counsel/special assistant attorney general, and project manager for an IEPA-China pollution prevention project. Kim left the IEPA for just over a year to serve as acting general counsel of the Illinois Department of Agriculture in 2008 and 2009. Before joining IEPA, Kim was an Assistant Attorney General of Illinois and was the general counsel to the Midwest Environmental Enforcement Association. He received his Juris Doctor from Southern Illinois University Carbondale and his Bachelor of Science in industrial engineering from the University of Illinois at Urbana-Champaign.

Jim Bennett will serve as Director of the Illinois Department of Human Rights (IDHR).* Bennett served as the Midwest Regional Director at Lambda Legal, the nation’s largest legal organization dedicated to securing the full civil rights of the LGBTQ community and people with HIV. During his 12-year career there, Bennett was a lead strategist in Lambda Legal’s Illinois and Iowa marriage campaigns and successfully fought Indiana’s RFRA and their discriminatory ‘religious refusal’ laws. In 2013, he chaired Illinois Unites for Marriage, the statewide coalition that led the successful effort to win marriage equality in Illinois. Prior, Bennett served as acting senior external affairs director at Howard Brown Health, marketing and development director at the Shriver Center, and several roles at the American Red Cross’ national and central Illinois regional offices. He was inducted into the City of Chicago’s Gay and Lesbian Hall of Fame in 2013 and was the recipient of Equality Illinois’ Freedom award in 2018. He received his MBA from the University of Illinois at Springfield and his Bachelor of Science in marketing from Illinois State University.

Michael Kleinik will serve as Director of the Illinois Department of Labor (IDOL).* Kleinik currently serves as executive director of the Medical Cannabis Alliance Of Illinois. He previously served as the executive director of the Chicago Laborers’ District Council’s Labor-Management Cooperation Committee from 2008 to 2018. Prior, Kleinik served as IDOL’s chief of staff and as manager of the department’s Conciliation and Mediation Division. He also previously worked for the Midwest Region Laborers’ District Council and was elected two terms as Fayette County Sheriff in 1990 and 1994. He began his career as a deputy sheriff in Bond County and then as a Vandalia police officer.

Previous appointments to the Pritzker administration include:
State agency directors:

Office of the Governor: 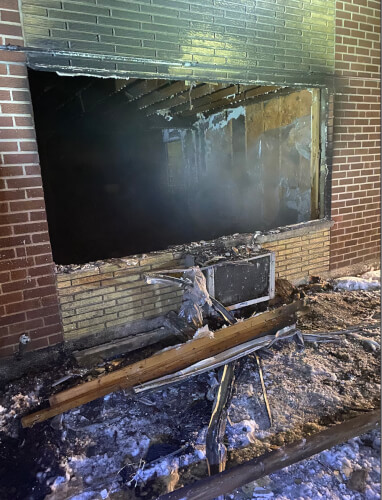