Nearly two weeks before the Cook County board voted to repeal its unpopular beverage tax, Tom Walsh, a former state senator who works as a lobbyist for Lyons and others, said he expected that result.

“My hunch is (the repeal) will pass the state Legislature, especially if the Speaker (Mike Madigan) says that he wants that to be done. I can’t imagine very many (legislators) who are going to support that tax. I can’t recall seeing anything that’s been so unpopular,” Walsh said on Sept 27.Walsh served 10 years in the Legislature as a representative from 1992 to 1994, and as a senator from 1994 to 2002. 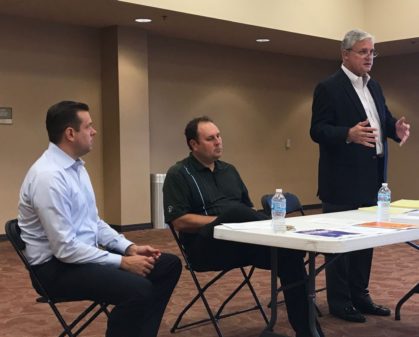 Walsh is in Springfield whenever the legislature is in session. He’s been a lobbyist for Lyons for about 10 years, Mayor Christopher Getty said during a meeting of the Lyons-McCook Business Association at which Walsh spoke about Cook County’s new beverage tax of a penny for every ounce.

“Universally, it’s unpopular. It’s become a political football going back and forth,” said Getty, who last month recently hosted a well-attended hearing about the tax.

“There wasn’t a single person who gave testimony in support of the tax,” Getty said.

Getty is hoping the Cook County Board or the state repeals the tax, noting “it’s getting a lot of attention at the local and state level.”

“(County board president Toni Preckwinkle) has admitted that she never expected such a push-back from the people. But, at the same time, (she) never says, ‘I’m ready to back off.’ This is pretty bad,” Walsh said.

Preckwinkle last year cast the tie-breaking vote that created the tax.
By the time the Legislature goes into its veto session, the last week of October and first week of November, if the soda tax is not repealed by the county board, Walsh expects it will be taken up by the state.

Walsh expects the county board “to take it into their own hands before the state Legislature does, because that would be a kind of embarrassment.”

But, as he noted, the state does have jurisdiction over the county. Walsh expects the tax will be repealed “one way or another  by Christmastime.”

“The Cook County beverage tax is not solving any problems,” said Sandoval. “The tax is actually creating more issues and hurting business owners, residents, and the overall economy in Cook County.”

Getty thanked Walsh for his help through the years: “It’s important we have lobbyist who lobby on behalf of the village of Lyons to make sure our (state) funding is not reduced or cut in any way.”

On another state issue, Walsh said he was surprised Attorney General Lisa Madigan has decided to not seek re-election.

“I’d expect we probably haven’t heard the last of her. I had the pleasure of serving with Lisa and she’s a very competent person who is good for government,” Walsh said. 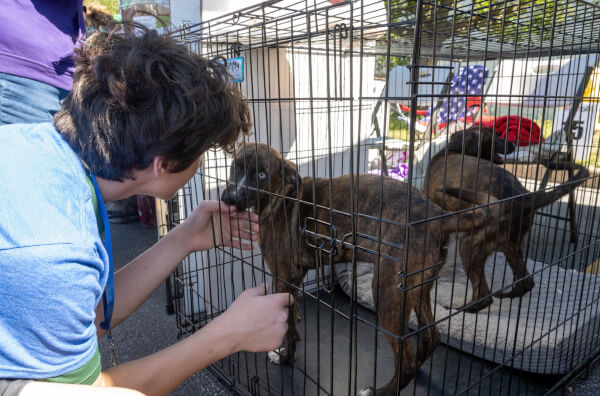