Switched from Western Digital to Seagate for better storage

I was forced by the poor quality of the Western Digital hard drive I purchased to switch to a new system using Seagate Hard Drives and I am glad I did. I had two WD Hard Drives, the MyCloud 8 TB hub and a 4 TB WD Hard Drive. They were so slow it was pathetic. And the systems don’t work together, as advertised. But the Seagate Hard Drive is so seamless in installation and speed of use, my troubles are gone

I waste my money so you don’t have to spend yours. That includes the constant hunt for bigger and larger hard drives to store all our accumulated data, including and especially photographs.

With cell phone and iPad technology, it’s easy to find yourself overwhelmed with thousands of digital images that are huge in size if they are HD (High Definition) Quality.

So I went out and spent almost $350 for an 8 TB WD Hard Drive that connects to my home network and that creates a “MyCloud” system that I supposedly could access locally in my home and remotely outside of my home.

And you can access your data, if you are a Snail and really don’t care about time. It works great if you have a lot of time to waste waiting. The WD McCloud takes forever to load using the WD Discovery App on my MacBook Pro system. And it took weeks to actually copy data from a 2 TB hard drive to the new system. You can’t plug it in and copy. You are forced to use your wireless system.

Even with super high speed wireless, I found myself selecting one sub-directory at a time and copying it to the Western Digital MyCloud Home system. Sometimes it would just stop copying and I would have to spend a lot of time figuring out what did copy and what didn’t in order to continue.

It literally took two weeks to copy the 2 TB of data from an old hard drive I had that was running out of space. And I would find myself waiting minutes just to display the contents of the WD McCloud 8 TB home storage system. Then, I would wait minutes to load up a file.

That’s unacceptable. It reflects the problem that plagues the computer technology industry. The geniuses who design these new technologies really don’t use them. They sketch out on story boards and flow charts what they hope the system will do and then they build it, slap on an outrageous price and sell it through crappy stores like Best Buy — which really isn’t “Best Buy” at all. Best Buy is really Worst Buy because they process garbage so quickly you can buy something one day and months later, never find any accessories, parts or service for it. That’s because the technology industry, run by morons who know nothing of being normal people, just want to make money.

It’s all about the profits.

So I went to Staples and found an 8 TB Seagate Hard Drive “Backup Plus Hub” that I can connect to my laptop and quickly copy 2 TB of data from the smaller hard drive. It is desktop storage, it claims, with integrated USB hub.”

Seagate is a Window’s Based system, but they provide software to let you convert the hard drive for use on a Mac system.

This whole thing about Mac versus PC is really stupid and has cost consumers billions trying to navigate between the differences. But Seagate must figure they can make more money not only selling hardware to PC users, but also to the growing Mac and Apple system users.

The problem with PC systems is that they don’t last as long as Mac and Apple systems. Most of my PC laptops died after two years of use, or were outgrown by the expanding universe of humongous software and programs.

My first computer was a PC Jr in 1985 and I would use a large floppy disk to save data. It didb’t have a hard drive. You had to buy the hard drive separately and it only came in 5 MegaBytes, which in 1985 was enormous.

Then I went and bought an IBM XT which had dual floppy drives and a huge 10 MB Hard Drive. I was ecstatic because I was writing software programs for IBM in C and Fortran and even Basic for smaller systems.

Today, the technicians have figured out how to save both systems and make consumers lose.

Writing software programs are a real rip-off. Word costs several hundred dollars. Now, greedy billionaire and robber baron Bill Gates wants to force us to stick a monetary IV into our arms so he can drain us of money automatically by charging a monthly lease fee for the software. Word works on the old systems but not on the larger iPad systems like the iPad Pro.

So I am on the hunt for a new writing program for the iPad and Mac figuring that eventually the more superior Word system will be taken away through Bill Gates greed very soon. I don’t want to wait until that happens.

Cloud technology is screwed up, too. Dropbox and iCloud in theory are great.

While I have been writing, 200 GB have already copied from the old hard drive to the new 8 TB Seagate hard drive hub. It’s still slow. There has got to be a way to speed up the transfer of Gigabytes. It didn’t all die with the icon of consumer rip-off artists Steve Jobs, did it?

On the Seagate Backup Hub Plus, 8 TB which cost me only $179 — far less than Western Digital’s poorer performance system — I can also plug in two more hard drives in the back using USB cords. In fact, I have a USB splitter with 4 ports and two hard drives connected to it and it works phenomenally.

Seagate is definitely the way to go. Save your money and don’t waste it on Western Digital WD Hard Drive technology. They look good but they just don’t work.

Seagate is the best alternative.

Like I said, I waste my money so you don’t have to. 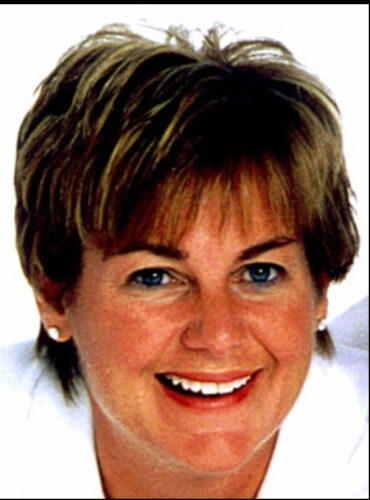 Gorman attacked by critics jealous of her leadership Blogger