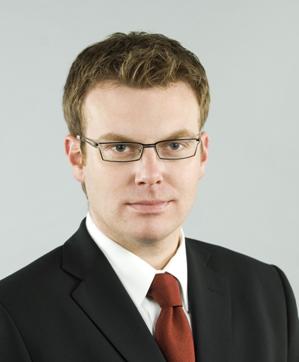 ProPublica is an activist website that asserts to be a journalism site. Not everyone agrees. The site is a mouthpiece for political activism disguised as journalism. Here is a perspective by guest writer Drew Johnson

ProPublica professes to offer a new reporting model, one un-swayed by the demands of readers and advertisers. It circulates stories for free, partnering with mainstream media outlets. Its website purports to deliver news “in an entirely non-partisan and non-ideological manner, adhering to the strictest standards of journalistic impartiality. We won’t lobby. We won’t ally with politicians or advocacy groups.”

Nonsense. ProPublica’s journalistic model is dependent on millions of dollars in annual support from its stable of left-leaning donors. Catering to these donors’ political sensibilities is an existential necessity for ProPublica.

Would the Pulitzer committee consider a prize for a “news” organization bankrolled by the conservative Koch brothers? Of course not. By recognizing ProPublica, the committee rewards the left side of the political spectrum.

ProPublica’s main backers are billionaires Herbert and Marion Sandler. The couple has pledged $10 million a year to the organization. Such a big-ticket annual contribution fits right in with the Sandlers’ extensive support for Democratic candidates, left-wing advocacy campaigns, and PACs such as Moveon.org, which raises money for progressive office-seekers.

The Sandlers are in good company on ProPublica’s list of top left-liberal donors. The Open Society Foundation, concocted by liberal investor George Soros, is known for promoting exclusively progressive causes. Other donors include Atlantic Philanthropies, which gifted Obamacare proponents the largest advocacy grant in history, and JEHT Foundation, which shut down abruptly after authorities exposed funder Bernard Madoff as a swindler running a Ponzi scheme.

For all the hard-hitting investigations ProPublica reporters do, none of them has looked into the questionable financial history of Herbert and Marion Sandler. The couple made their fortune through Golden West Financial, the first bank to offer adjustable rate mortgages. The limited-time “teaser” rates these mortgages offered lured people into buying homes they couldn’t afford.

Wachovia, which bought Golden West Financial, underwent investigations for fraud several years later  but not before the Sandlers pocketed $2.4 billion for the acquisition.

ProPublica says it “shines a light on exploitation of the weak by the strong,” but apparently not the people lured in at Golden West Financial. Better to stick with investigations of fracking, Republican politicians, and other popular liberal targets than to ruffle the feathers of its powerful funders.

The self-proclaimed independent newsroom professes to restore investigative reporting to its stature as the highest type of journalism.”

But as Harry Browne of the Dublin Institute of Technology points out, non-profit publications are driving out the very forces in traditional journalism that deliver hard-hitting and accurate news. Non-profits are edging out traditional news outlets  operating with the advantage of donor subsidies.

Enabling ProPublica  let alone rewarding them with a Pulitzer  gives them credibility they haven’t earned. Consider the students and teachers at Sunshine High School, a charter school in Orlando, Florida.

A ProPublica reporter interviewed some of the students for a story on charter schools, a perennial annoyance of progressives. Unsurprisingly, the ProPublica report was scathing. Administrators called out the reporter for missing the school’s mission, as well as including quotes from minors without parental consent.

(Guest author Drew Johnson is an investigative reporter, national columnist and former opinion page editor who serves as a senior scholar at the Taxpayers Protection Alliance. Follow him on Twitter at Drews_Views