The Chicago Open Air music lineup leads off with a rare U.S. festival appearance from rock legends KISS (headlining Friday) as well as one of the first solo performances from Ozzy Osbourne (headlining Sunday) since the final Black Sabbath tour, where he will reunite with guitarist Zakk Wylde after a decade apart. Rock heavyweights Korn will headline Saturday. General Admission and VIP tickets are on sale now at www.ChicagoOpenAir.com and no service fee tickets are available at all Chicago-area Kuma’s Corner locations.

Chicago Open Air band performance times are as follows (subject to change). Festival doors open at 11:00 AM each day. 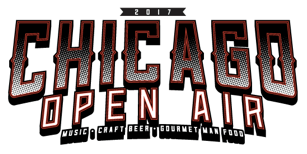 In addition, festival producers have announced an exclusive ReverbNation Battle of the Bands Contest, allowing one lucky unsigned act the chance to perform at Chicago Open Air. The submission period ends on Friday, June 30 at 11:59 PM CT. A winner will be selected and announced on Wednesday, July 5. For more details and to enter, please click here.

Loudwire has also premiered the latest installment in Chicago Open Air’s “The Vikings Are Coming!” animated video series, which highlights Amon Amarth and the Vikings bringing all the great metal bands to Chicago. To see the video, click here:

In addition to music, a number of special events, onsite attractions and festival partners make Chicago Open Air a must-attend destination. Here is a list of what attendees can expect.

Chicago Open Air Kickoff Dinner: Danny Wimmer Presents will be hosting the official Chicago Open Air Kickoff Dinner, held at Kuma’s Corner (2900 W. Belmont) on Thursday, July 13 at 7 p.m. For $50, attendees will be treated to burgers, appetizers and beer, and will have the chance to hang out with host Jose Mangin from SiriusXM’s Liquid Metal. A limited quantity of only 100 tickets will be available at www.ChicagoOpenAir.com.

About Danny Wimmer Presents: Since 1993, music industry veteran Danny Wimmer has been producing concerts and festivals, both large and small. In 2011, he formed Danny Wimmer Presents, which now produces several of the largest rock and alternative festivals in the U.S. By combining A-list talent with local cuisine and culture, DWP has become recognized within the industry for delivering the highest-quality entertainment experiences to fans, artists, sponsors, partners and host cities. DWP creates memorable and all-encompassing festival experiences, leaving both consumers and partners with lasting and meaningful impressions. With 580,000 fans attending all DWP festivals in 2015, and 10 billion media impressions, DWP will continue to add new music festivals to its already stellar portfolio, which includes Rock On The Range, Monster Energy Aftershock Festival, Monster Energy Welcome To Rockville, Monster Energy Carolina Rebellion, Louder Than Life, Bourbon & Beyond, and Monster Energy Rock Allegiance, among others.

About Toyota Park: Toyota Park is located at 7000 South Harlem Avenue in Bridgeview, IL. It’s the heart of soccer for much of the Midwest and a must-see destination for world-class concerts and other sporting events. Toyota Park is conveniently located in Bridgeview near I-294 and-I-55, within an easy drive from every corner of the Chicago area. Just 15 miles from Chicago’s Loop, Toyota Park offers ample parking and is served by PACE buses and shuttle links with the nearby CTA Midway Orange Line station.