Chicago Mayor Lori Lightfoot sent her inspector goons accompanied by members of her Police Department to shutdown Arab and Asian owned gas stations and grocery stores in some idiotic theory that closing 24 hour stores will help her reduce the gang problem. What Lightfoot needs to do is instead of weakening the police, by sending them in a Task Force to close businesses, is to send them to shutdown the street gangbangers whom everyone knows and can identify. Stop your racism Mayor and do something real about gang violence and killings

I don’t know how many times I’ve heard Mayor Lori Lightfoot talk about being a woman, an African American and gay.

I don’t care what anyone is. But I do care when they exploit minority status for political benefit and then act like hypocrites.

Last week, some 25 Arab American owners of some 50 gas stations and grocery stores in Chicago’s toughest neighborhoods with the highest crime rate complained they are being targeted for discrimination and politics by Lightfoot’s heavy-handed inspectors.

Speaking with these owners, I was shocked at how offensive the inspectors have been.

In the past, Chicago would issue code violations and let the stores remain open. Most stores have been in business 30 years or more and know what is wrong and right. They correct the violations immediately.

But this time, Lightfoot created a special task force consisting of a half dozen police officers and a half dozen inspectors who mostly have been targeting Arab-owned businesses that are open 24 hours. The citations and closure orders always occur on Fridays, so no one can request a re-inspection until Monday. The re-inspection process takes weeks because of the pandemic.

Many Arab stores have been closed up to three months. When they correct the alleged code violations, the inspectors return and issue even more.

Two of the store owners said they heard inspectors complain they couldn’t find any code violations but were ordered, “Find something. I want this store closed.”

The inspectors were disrespectful and even at times racist. They include Inspector Thomas Lynch and First Deputy Commissioner Marlene Hopkins, all working under Building Department Commissioner Matthew Beaudet.

I reached out to Lynch, Hopkins and Beaudet for comment, but they wouldn’t respond. Instead, they sent a mealy-mouthed political response through Deputy Press Secretary Victor Owoeye that inadvertently included an email chain between them in which they argued how to ignore me.

Yes, go ahead and ignore me. I’ve been a City Hall reporter covering some of the toughest and smartest mayors and administrations, and this one is lined with clowns.

Owoeye sent a blah, blah, blah response in which he asserted the city was working with the business owners to correct code violations. He had a meeting with some of them weeks before. Only two of the 25 owners said they attended that meeting with Deputy Mayor Samir Mayekar.

In most cases, there were no code violations–just fabricated accusations, some written down on paper. The owners walked me through their places of business. Violations mostly involved extension cords, surge protectors and missing water backup flow controls on a coffee maker. The most ridiculous were complaints that the spacing between shelves was too narrow. Or, regular lightbulbs had been replaced with LED lighting, which they said was improper.

Why shut down the businesses? The racism stems from a stereotype that Arab business owners are disrespectful to African Americans. I know because I appeared on WVON-AM with host Perri Small to talk about it.

The difficult truth is that nearly everyone has abandoned the black community. Arab businessmen have been in the community for some 35 years. Those that have been disrespectful or have terrible business practices have closed on their own. Most support the community, donating to food pantries, needy families and local aldermen. They also employ local residents.

The mayor’s “yadda, yadda, yadda” response didn’t say anything about the 300-plus employees at the 50 stores who lost jobs. It didn’t address the money lost by business owners: more than $50,000 a month. She didn’t waste any time addressing the hundreds of thousands and maybe millions lost in sales taxes, gasoline taxes to the city, county and state.

What Chicago needs is to allow the police to do their jobs and crack down hard on street gangs. They know who they are. Being tough sends a clear message that can reduce the number of murders and save lives.

But poor Madam Mayor is a pathetic icon of failed leadership. She can’t protect Chicago’s citizens. She can’t improve the city’s schools. She can’t even champion the rights of minorities because right now, she is the biggest offender.

I’d love to interview Mayor Lightfoot to hold her accountable, but I don’t fit her color chart of acceptability. She said she only will do interviews with black- and brown-skinned reporters. I’m proudly olive!

(Ray Hanania is an award winning former Chicago City Hall reporter and political columnist. His mainstream political columns are published in the Southwest News Newspaper Group in the Des Plaines Valley News, Southwest News-Herald, The Regional News, The Reporter Newspapers. His Middle East columns are published in the Arab News. For more information on Ray Hanania visit www.Hanania.com or email him at rghanania@gmail.com.)  SUBSCRIBE BELOW 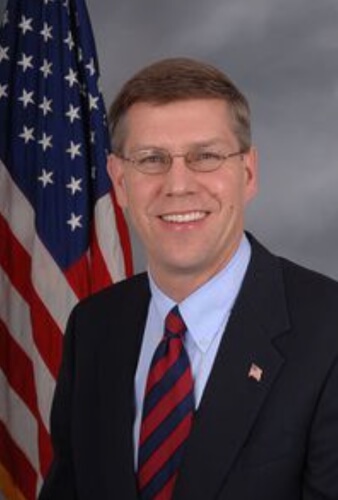