“They lost the war”

U.S. Rep. Dan Lipinski (D-3rd) and Illinois Speaker of the House Mike Madigan agree that it’s not a good idea to honor Confederate Army generals with military bases and statues.

A former college history professor, Lipinski urged doing historical research when it comes to the idea of removing a statue.

Madigan would like to see President Obama honored at the State Capitol building in Springfield with a portrait to replace one of Stephen Douglas, and possibly a statue on the Capitol grounds.

Each was at a groundbreaking ceremony on July 11 for a sports complex on 65thStreet in Bedford Park when they were approached for their thoughts. 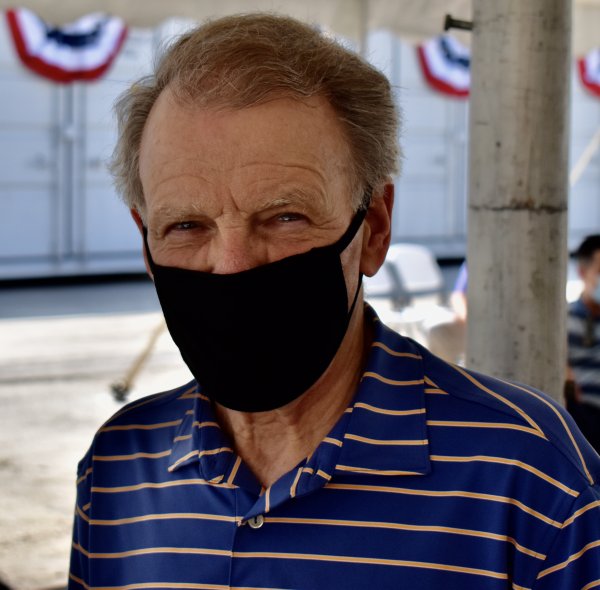 “It depends on why a statue or portrait was put up in the first place,” Lipinski said.

Lipinski said “we need to remember history” and “I don’t think we should be wiping (history) out.”

However, he did say it’s a good idea to rename those military bases that bear the names of Confederate Army generals: “I don’t think that’s something that should be honored.”

“But others who have been honored for one reason or another – they contributed to our country and, say, they were a slave owner – I think we need to know the history,” he said.

“I don’t think we should tear down any memory of this person, because they did some good things. We need to remember that. We’re not going to get rid of the bad things. We should know those also. People should know who Thomas Jefferson was and the full story, but don’t just wipe it away,” Lipinski said.

Jefferson, author of the Declaration of Independence and a President, did own slaves.

Lipinski who lost his re-election bid earlier this year when he lost to Marie Newman in the Democratic primary, said “I still have six months of work.”

Asked if he plans to return to teaching history in a college after his term concludes, Lipinski said, “I don’t know yet. In a few months I’ll know.”

Regarding the coronavirus pandemic, Lipinski said “you see numbers going up, it’s not so bad (in Illinois) right now, but no one knows.”

A fitness buff, Lipinski is reluctant to return a Countryside gym where he had been a regular before the pandemic. He had signed up for the now-canceled Chicago Marathon, another COVID pandemic victim. 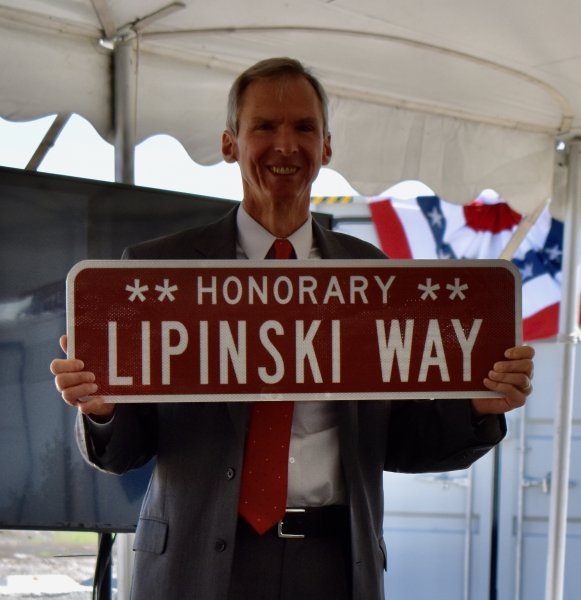 Meanwhile, Madigan said a portrait of Obama Douglas in the state capitol “would be very reflective of the modern-day Democratic party, and Stephen Douglas would not be.”

Madigan is not surprised some statues have been toppled due to the honoree’s history.

“Speaking for myself, I think all those statues of those Confederate War generals should be taken down,” Madigan said. “They lost the war. And when they lost the war, it reaffirmed us as one country.”

In Springfield, the state Office of the Architect should do a full review of all the statues, Madigan said. “It’s not my authority.”

“There’s a statue of Douglas right behind the Lincoln statue on the Capitol grounds,” Madigan said. “My view is that (the Douglas statue) should be taken down.”

Relocating a Martin Luther King statue to a more prominent place is possible, he said, adding “there have been conversations for a quite while about  a statue for (President) Ronald Reagan.”

Regarding the pandemic, Madigan is pleased with how Gov. Pritzker responded. He noted that Illinois compares favorably to states like Florida, Texas, Arizona, which he called “a disgrace”