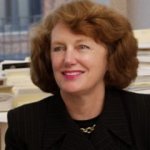 America’s biopharmaceutical industry dwarfs most other economic sectors. It’s one of our nation’s single biggest job creators, supporting close to a million positions across the country.  And its products save countless lives each year.

Yet for some reason, politicians in both parties seem determined to snuff it out by imposing crippling price controls on medicines. That would be a disaster for employees and patients alike.

The industry has been an economic behemoth for decades. It contributes more to GDP than the agricultural and utility industries combined.   The total value of the goods and services directly produced by drug firms totaled $560 billion in 2017, according to a new report from TEConomy Partners.  And after factoring in the output from drug companies’ vendors and other partners, that figure exceeds $1.1 trillion.

The industry also generates millions of high-paying jobs. Drug companies directly employed more than 811,000 Americans and indirectly supported over 3 million others in 2017.  A third of those jobs are coveted science, technology, engineering, and math positions — the occupations of the future.  And average compensation in the industry exceeded $126,500 per worker in 2017.  That’s more than twice the U.S. private sector average of $60,700.

Of course, the industry isn’t just an economic powerhouse. It’s also the global leader in medical innovation, producing half of the world’s new medicines.  Right now, U.S. researchers are working on more than 4,500 new drugs.

Despite these successes, drug development remains an expensive and risky venture. The White House Council of Economic Advisors estimates the cost of developing a single new drug at $2 billion.  Firms generally dedicate 15 to 20 percent of their revenues to drug development.

But now, some lawmakers want to weaken the industry responsible for this economic growth and medical innovation. The recent drug pricing bill passed by the House, H.R. 3, would empower the government to cap the price of 250 common brand-name drugs. The prices could not exceed 120 percent of the average prices paid in six other developed countries with government-dominated health systems, including Canada, France, and the United Kingdom.

These price controls would reduce drug companies’ revenues by $1 trillion over 10 years, according to the Congressional Budget Office.  Based on the Council of Economic Advisors’ assumptions, that means firms will devote roughly $200 billion less to research and development, resulting in 100 fewer new drugs over the next decade.

Meanwhile, the Senate Finance Committee is pushing its own price control bill. The legislation would bar companies from raising prices faster than the rate of inflation. And it would effectively levy taxes on drug companies by increasing their cost-sharing liability in Medicare’s prescription drug benefit.  All told, the bill would cost biopharmaceutical firms $100 billion over the next 10 years.

Let’s hope our leaders in Washington reconsider proposals that would cripple one of America’s largest and most innovative industries — and leave patients without the lifesaving drugs they need.

Sally C. Pipes is president, CEO, and the Thomas W. Smith fellow in healthcare policy at the Pacific Research Institute. Her latest book is “False Premise, False Promise: The Disastrous Reality of Medicare for All, (Encounter 2020)”. Follow her on Twitter @sallypipes.