Gabrielle Giffords is on a rotational deployment to INDOPACOM, conducting operations, exercises and port visits throughout the region and working hull-to-hull with allied and partner navies to provide maritime security and stability, key pillars of a free and open Indo-Pacific. 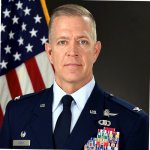