Max Lagace scored the first goal by a goaltender in AHL postseason and Chicago Wolves history to help the Wolves to a 5-2 victory over the San Diego Gulls in Game 5 of the Western Conference Finals on Saturday night at Pechanga Arena.

San Diego knotted the game 2-2 early in the third period, but the Wolves responded with three goals to take a 3-2 lead in the best-of-seven series.

“We’re going to have a good trip home and rest tomorrow,” said Wolves head coach Rocky Thompson. “Then we get refocused on Monday. Enjoy this, take the time, it’s a good win. But the work’s not done by any stretch. Our guys know that.”

Lagace’s goal came midway through the third period with the Wolves leading 3-2. When a delayed penalty was called on Wolves center T.J. Tynan, the Gulls pulled goaltender Kevin Boyle for an extra attacker. San Diego was forced to regroup after a pass left the Wolves zone so forward Isac Lundestrom sent a pass back to his defensemen but ended up splitting the pair and sending the puck into the open net.

Lagace was the last Wolves player to touch the puck — getting his blocker on a shot during the delayed penalty — and was awarded the goal at the 10:49 mark of the third period to make it a 4-2 Wolves lead. Lagace (2-1) also posted 19 saves in his first action since April 23.

“During the last scrape of the ice, I was stretching and (the ref) came by and he was like, ‘Hey, Maxie, that’s your goal,” Lagace said. “I was like, ‘What do you mean?’ I was pretty surprised. I’ll take it.”

The Gulls struck first when Adam Cracknell tipped in a shot from the right point 4:57 into the first period, but the Wolves responded with two goals to take a 2-1 lead into the first intermission.

Hyka evened the game up at the 11:24 mark when he capitalized on a rebound the came right to him in the slot. Whitecloud took a shot from the right point that hit Gulls defenseman Josh Mahura in the face, but Hyka pounced on the loose puck and put it over Boyle’s blocker.

Just 2:35 later, Glass put away a rebound off another Whitecloud shot to give the Wolves their first lead of the game. Whitecloud one-timed a quick pass from forward Tye McGinn that Boyle blocked, but Glass came streaking in and knocked the rebound in at the back door at 13:59.

Larsson knotted the game at 2-2 with his goal 3:57 into the third period just after a Gulls power play expired.

Carr quickly put the Wolves back on top at 5:24 after a shot from forward Curtis McKenzie went off the end boards and bounced to Boyle’s right. Carr swung at the loose puck, bouncing it off the back of Boyle and into the net for a 3-2 Wolves advantage before Lagace’s empty-net tally made it 4-2.

McGinn put the game away at 17:51, scoring an empty-net goal of his own to complete the 5-2 victory.

In addition to hosting the Gulls for Game 6 Monday at Allstate Arena, the Wolves own home-ice advantage for Game 7 at 7 p.m. Wednesday. To get the best tickets, visit ChicagoWolves.com. 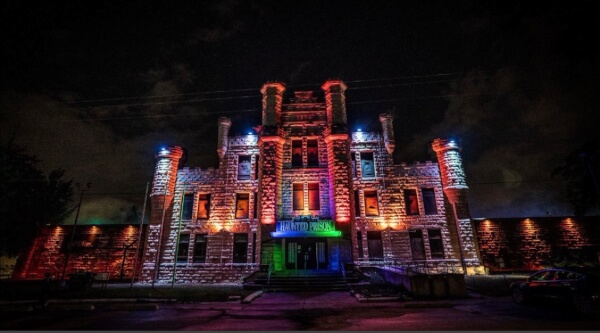