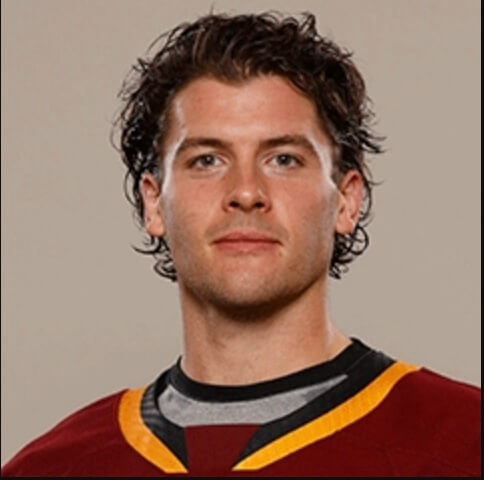 Chicago Wolves winning streak continues, one win away from another sweep

Orland Park native David Gust scored two goals in the first period and Stefan Noesen added a hat trick in the second as the Chicago Wolves rolled to an 8-2 victory over the Milwaukee Admirals Sunday afternoon at Allstate Arena in Game 2 of the Central Division Finals.

Forwards Andrew Poturalski and CJ Smith and defenseman Max Lajoie also scored for the Wolves (5-0), who tied the franchise’s postseason record for goals in a game while winning their fifth straight playoff game by 3 goals or more for the first time in the organization’s 28-year history.

Josh Leivo handed out three assists to join Noesen, Smith, Gust and Poturalski with three points apiece for the Wolves, who can clinch the best-of-5 series at 7 p.m. Wednesday in Milwaukee.

“Honestly, I thought it was a little bit closer of a game than the score looks,” said Wolves head coach Ryan Warsofsky. “They’re a good team. We just got a couple bounces and we put them in the back of the net.”

The Wolves broke on top 4:01 into the game with Gust delivering his second goal of the playoffs. After Leivo worked the puck back to defenseman Jalen Chatfield at the right point, Chatfield ripped a slap shot that ticked off a Milwaukee forward’s stick and trickled into the slot. Gust got to the puck first and flicked a quick backhand past Connor Ingram for a 1-0 lead.

For the second day in a row, Milwaukee erased an early deficit as Jimmy Huntington jammed home a rebound from just outside the crease at 15:32.

And, for the second day in a row, the Wolves wasted little time answering a Milwaukee strike. Gust delivered his second of the period at 15:10 as he tipped Cavan Fitzgerald’s wrister from the left point to give Chicago a 2-1 lead.

The Wolves pushed that margin to 3-1 on Poturalski’s third goal and seventh point of the postseason. A Milwaukee defenseman lost his stick and tried to kick the puck away from the Wolves near the Admirals bench, but Jamieson Rees swiped it and slalomed down the right wing until he spotted Poturalski opened in the left circle. Poturalski took a moment to freeze the goaltender, then zipped a shot between Ingram’s skates at 17:32.

Chicago carried a 3-1 lead into first intermission despite being outshot 15-8, but the Wolves’ goals and shots totals climbed rapidly in the second period.

After killing off a 5-on-3 Milwaukee power play early in the second period, the Wolves boosted their lead to 4-1 at 3:47 on a beautiful connection from Smith to Noesen. Poturalski’s lead pass sprung Smith for a 1-on-1 chance, but he glided toward the left corner and gave Noesen a chance to beat a defender down the ice. Noesen sprinted toward the crease, Smith fed him a perfect centering pass and the AHL’s regular-season goals champion redirected it top-shelf.

Chicago kept pouring it on as Lajoie swatted home a rebound at 7:33, Poturalski set up Smith for a blistering one-timer on the power play at 10:04 and, after a goalie change, Noesen backhanded a rebound past backup Devin Cooley to push the Wolves’ lead to 7-1 at 11:08 of the second.

Noesen wrapped up his second hat trick as a professional at 19:15 of the second. Smith intercepted a Milwaukee pass and centered it toward a clump in front of Cooley. While one Admirals defender shoved Poturalski into the goaltender, Noesen shoved the puck into the net for an 8-1 lead that inspired fans to toss their caps on the ice to celebrate the 12th postseason hat trick in Wolves history.

Alex Lyon (5-0) extended his perfect postseason with 30 saves while Ingram (1-3) stopped 10 of 16 shots before departing. Cooley notched 15 saves in relief.

Mike Madigan does get to select his successor Blogger