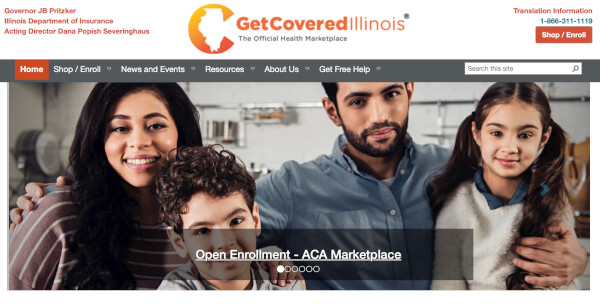 Open Enrollment for the Affordable Care Act (ACA) Health Insurance Marketplace has begun running from November 1, 2021 through January 15, 2022, allowing Illinoisans an additional month to enroll. For the 2022 plan year, the number of health insurance carriers on the ACA Marketplace is increasing again.

“With the entry of three new carriers, people within the Chicagoland area and nearby areas have even more plans to choose from,” said IDOI Acting Director Dana Popish Severinghaus. “There are 275 plans, and while not every plan is available in every county, many will have little to no change from the number of plans offered last year. That is good news for Illinoisans in need of health coverage.”

Most Illinois consumers will have more plans to choose from than in the previous year and more than one carrier to pick from. Health insurance rates continue to trend downward this year, with an average 3% decrease in premiums statewide for the second lowest-cost Silver benchmark plans. Also, rate decreases for lowest-cost Gold plans are available this year in many more counties across the state.

“When Illinois consumers purchase health plans through the ACA Marketplace, they can be assured that the plans cover pre-existing conditions and offer free preventive care services,” said Laura Pellikan, Executive Director for Get Covered Illinois. “At Getcoveredillinois.gov, we can connect you to local assisters in your area who can help walk you through the enrollment process. You can also click on the Shop and Enroll button to answer three questions that will help us direct you to either the ACA Marketplace or Medicaid.”

Get Covered Illinois (GCI), a division of the Illinois Department of Insurance, is the official health marketplace or “exchange” for Illinois consumers to purchase quality, affordable health insurance, facilitated by the federal government through the ACA Marketplace.