The Chicago Wolves will celebrate Italian Heritage during its home opened on Saturday Oct. 16, 2021. The evening will include a salute to Italian American Wolves Hockey player Bobby Nardella.

Tickets are $40 each and include seating in a special VIP section, including a Chicago Wolves souvenir and food. 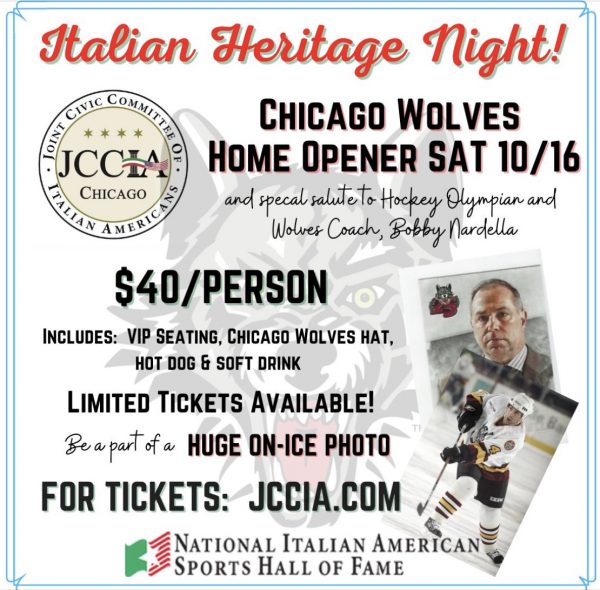