Needed in new construction in Bridgeview

Bridgeview Fire Chief Michael Daly has seen the difference sprinkler systems make, and is glad the village board has taken the step to ensure more safety.

The board at its June 17 meeting unanimously approved amending the sprinkler ordinance. Sprinkler systems are required for new construction and additions.

“It’s just updating the present fire code, the most updated version of the International Fire Code,” Daly said after the meeting.

“We’ve been a municipality for the last 10 years or so (that has) required everything to be sprinkled,” Daly said. “All dwellings, probably since 2010.”

Remodeled homes or those with new additions need sprinkler systems, but the village “is not requiring anyone to retrofit unless there’s significant changes to their residence,” Daly said. 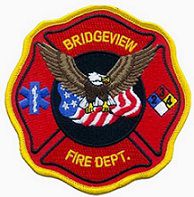 The rate of fire growth in a building is quicker than firefighters can respond to a fire, he said, so having sprinklers makes a huge difference.

“A sprinkler acts within a matter of seconds,” he said, “A room can go to flashover, which is total fire involvement, in less than three minutes at times.”

Village Trustee James Cecott was pleased with updating the code.

“But the furnishings and the things we put in our homes are all hydrocarbons or plastics. They burn vary rapidly,” Daley noted.

Daly said he has “absolutely” seen a difference when a fire breaks out in a building that has sprinklers as opposed to one without.

“Fire sprinklers are a good thing,” he added.