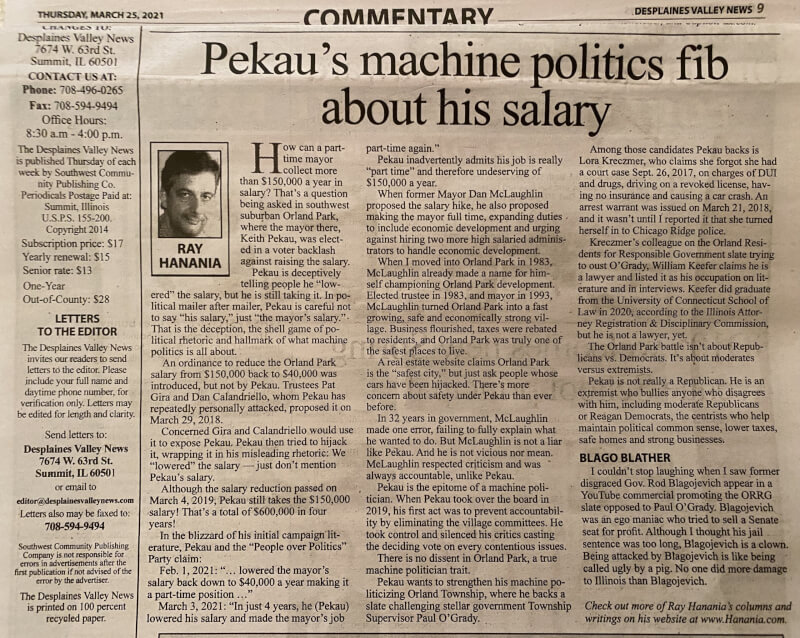 Pekau’s Salary in Orland Park: $600,000 in four years Orland Park Mayor Keith Pekau doesn’t want you to talk about the FACT that he has taken the $150,000 salary that he criticized every year since he has been elected. That’s $600,000 collected from Orland Park Taxpayers over the past four years. Instead, Pekau misleadingly claims…