Two Vehicle crash takes 5 year old girl’s life A young girl was killed in a two-car vehicle accident that took place at 151st Street and Harlem Avenue on Thursday evening around 9:30 pm in what witnesses described as snowy conditions. The accident damage to the two vehicles involved was described as extensive by Orland…

Portage to the future

Portage to the future Groups seek to promote historic Lyons site By Steve Metsch Driving on busy Harlem Avenue, just north of the Stevenson Expressway, you may have noticed a statue if you glanced west. It’s a towering statue of a native American, Louis Joliet, Father Marquette and a canoe, recalling their visit in 1673….

Harlem and 47th getting new lanes 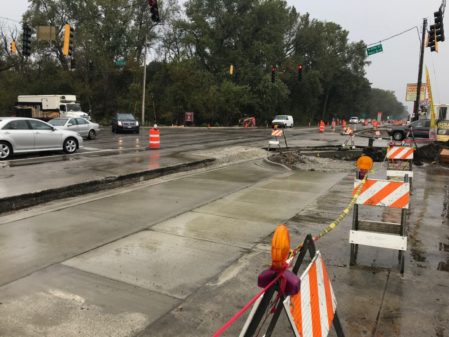 Harlem and 47th getting new lanes Intersection is among many improvements to Lyons By Steve Metsch Decades of frustration for motorists who want to turn onto 47th Street from Harlem Avenue will soon be coming to an end, Lyons Mayor Christopher Getty said at a meeting of the Lyons-McCook Business Association. Three turn lanes are…