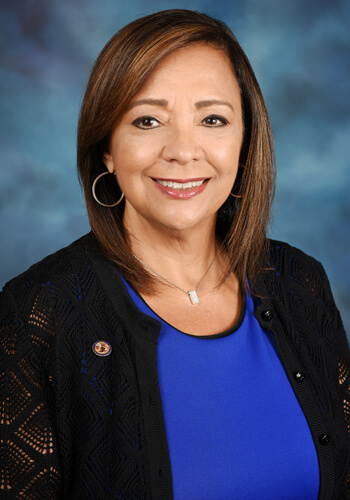 On Thursday, November 21st, from 5:30 to 7:30 PM, we will be hosting our campaign kickoff event at Nacional 27. I would love for you to be able to join our team as we celebrate the kick-off our campaign.

Please take a moment to RSVP today by reserving a ticket or sponsorship or by emailing rsvp@1833group.com.

Thank you again, and I look forward to seeing you soon,

Iris Martinez is running for Cook County Circuit Court Clerk in the March 17, 2020 primary election. Join her on Nov. 21, 2019 from 5:30 PM until 7:30 PM at her headquarters to officially launch her campaign. 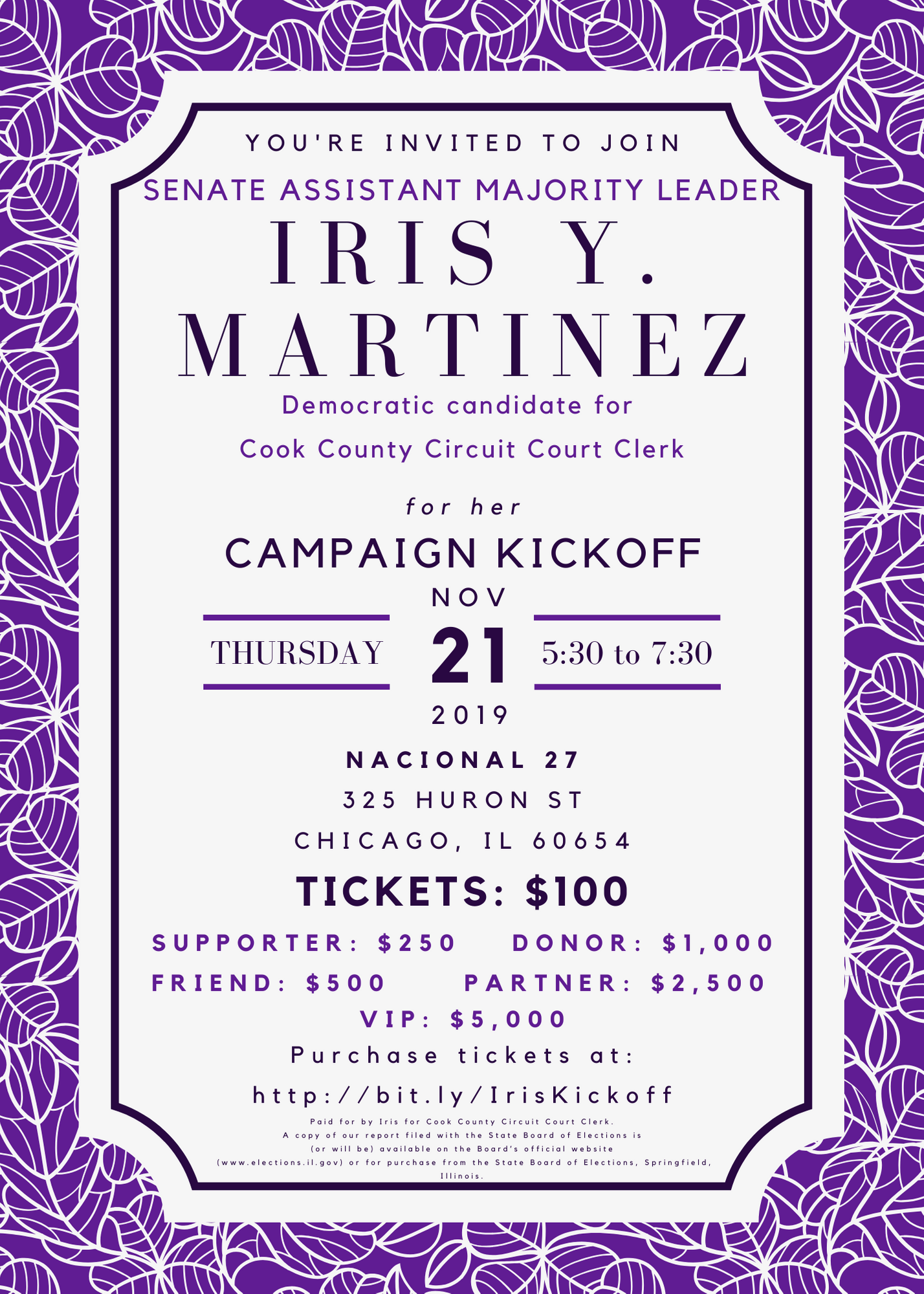 Assistant Majority Leader Iris Y. Martinez was sworn into her first term in the Illinois State Senate on January 8, 2003 to represent the people of Illinois’ 20th Legislative District. Her election marked the first time a Hispanic woman had been elected to the State Senate in Illinois history. She made history once again by serving as Assistant Majority Leader from 2007-2008, a position never before held by a Latina. She was named Majority Caucus Whip in 2013 and became Assistant Majority Leader again in 2018. Senator Martinez has used her position as a state senator to advocate for affordable housing, expanding health care access and ensuring seniors and the disabled receive proper care.

Additionally, the senator is a strong voice for Illinois’ children. Senator Martinez has worked on initiatives to keep children safe and annually hosts a Family Wellness and Back to School Fair, where children can receive health screenings, dental checkups, immunizations and backpacks. Essential services are also available for adults.

Senator Martinez has been a tireless promoter of programs to improve the quality of education for youth in Illinois, including the Grow Your Own Teacher Initiative, an effort to place 1,000 teachers in low-income, hard-to-staff Illinois public schools by offering forgivable student loans to paraprofessionals, parents and other community leaders who wish to become teachers. She has also worked to support the Golden Apple Scholar Program, which seeks to place highly qualified teachers in the state’s hard-to-staff schools. Understanding that making higher education more affordable is crucial to strengthening the middle class, Martinez is a champion of the state’s Monetary Award Program (MAP), which helps students pay for college.

Senator Martinez’s involvement with the Illinois Legislative Latino Caucus has given her a platform to work on initiatives that are important to minorities. She championed a law allowing people who are not comfortable speaking or understanding English, as well as those who have trouble hearing, to be aided by an interpreter in the court room. Another law she sponsored will ensure that all health care facilities treating Medicaid patients in managed care plans must develop and implement language services.

Senator Martinez currently serves as Chair of the Senate’s Special Committee on State and Pension Fund Investments. She is also a member of the Education, Energy, Executive, Government Accountability/Pensions and Transportation committees.

Martinez was born and raised in Chicago’s West Town community. She resides in the city’s Albany Park neighborhood and has a daughter, Jacklyn Nicole. Her district includes some of Chicago’s most diverse neighborhoods including Albany Park, Avondale, Belmont, Cragin, Hermosa, Humboldt Park, Logan Square and Portage Park.