In a major boost to his commonsense campaign for re-election, Congressman Dan Lipinski announced today that he has been endorsed by the two largest unions representing Chicago police officers and firefighters.

Lipinski, who represents Illinois’ Third Congressional District,  received endorsements from the Chicago Fraternal Order of Police Lodge No. 7 and the Chicago Firefighters Union Local # 2 representing the more than 13,000 rank and file members of the city’s police and fire departments as well as department retirees. 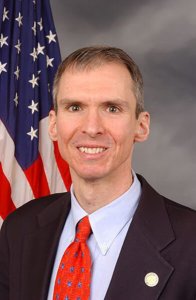 “Congressman Lipinski has always offered unwavering support for our brothers and sisters in blue,” FOP Lodge 7 said in a statement.  “He is a regular presence at Get Behind the Vest and National Night Out events and is someone that we can count on to help secure federal resources for policing initiatives.  Dan Lipinski understands the challenges facing law enforcement and we are proud to endorse him for reelection.”

Lipinski said the endorsements are a proud representation of his long-standing support for law enforcement and first responders.

“In addition to the extreme challenges they face on the job each and every day, our law enforcement officers and first responders are facing unprecedented scrutiny,” Lipinski said. “The people of the Third District support our first responders and the tremendous work they do to protect our communities.  I will always support policies that allow our first responders to do their jobs to the best of their ability.”

Congressman Lipinski also has the support of 28 mayors across all areas of the Third District who say they are supporting him because of his demonstrated ability to resolve local issues and deliver federal resources.  The leaders said Lipinski’s priorities reflect the needs of the residents of the district, which are to lower healthcare costs, grow American jobs, and improve transportation.