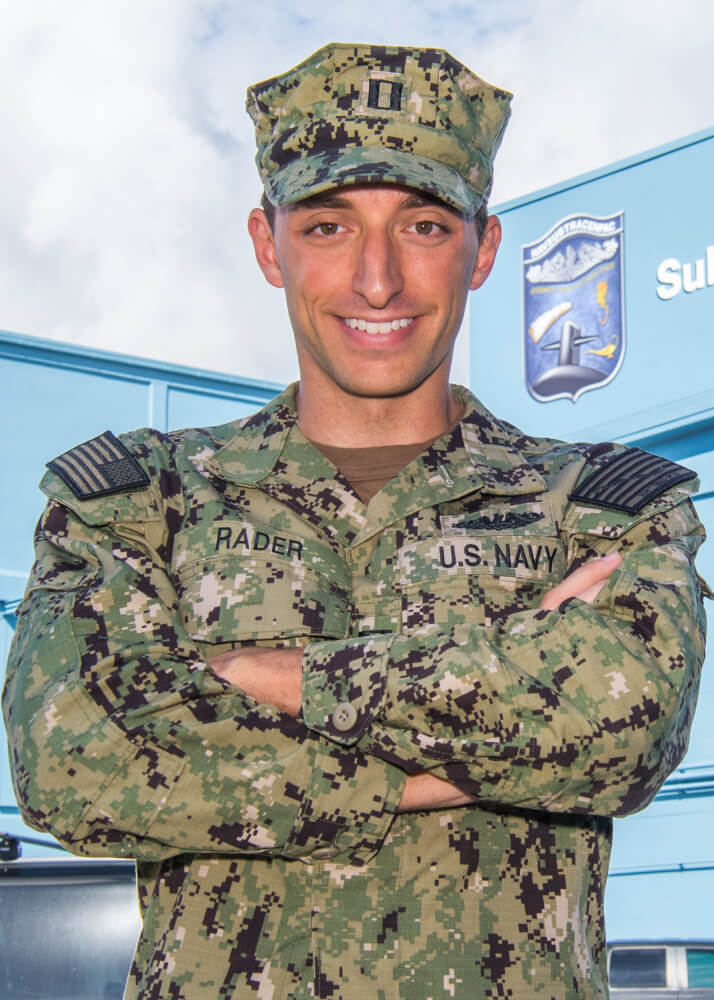 Lt. Kevin Rader has served for eight years and works as a Navy submarine warfare officer and is serving within the U.S. Pacific Fleet area of operations. The U.S. Pacific Fleet is the world’s largest fleet command, encompassing 100 million square miles, nearly half the Earth’s surface, from Antarctica to the Arctic Circle and from the West Coast of the United States into the Indian Ocean.

As a Navy submarine warfare officer, Rader is responsible for leading highly trained teams to safely and effectively operate one of the most complex machines ever built in support of the United States’ national defense strategy.

Rader credits success in the Navy to many of the lessons learned in Orland Park.

“Everyone, no matter your background, brings something to the table,” said Rader. “The innovation and teamwork I’ve experienced in the Navy is a function of diversity.”

Attack submarines are designed to hunt down and destroy enemy submarines and surface ships; strike targets ashore with cruise missiles; carry and deliver Navy SEALs; carry out intelligence, surveillance, and reconnaissance missions; and engage in mine warfare. Their primary tactical advantage is stealth, operating undetected under the sea for long periods of time.

Sailors learn engineering and tactical team training during their courses of instruction required to serve aboard submarines using the most advanced technology. Training is tailored to each ship’s specific needs to develop the skills and expertise required to support operations around the world in war and peace.

Being stationed in Pearl Harbor, often referred to in defense circles as the gateway to the Pacific, means Rader is serving in a part of the world taking on a new importance in America’s focus on rebuilding military readiness, strengthening alliances and reforming business practices in support of the National Defense Strategy.

Though there are many ways for sailors to earn distinction in their command, community, and career, Rader is most proud of being selected as the Submarine Squadron 6 Junior Officer of the Year in 2016, for his work as the communications officer on USS Montpelier.

“Although this is a personal award, I would never have been nominated without the extraordinary efforts of my team of radio technicians and I’m extremely proud of the improvements they made and the work we completed,” said Rader.

Serving in the Navy is a continuing tradition of military service for Rader, who has military ties with family members who have previously served. Rader is honored to carry on that family tradition.

“My father served in the Army as military police and my grandfather served as a gunner in the Navy during the Korean War,” said Rader. “Although I wasn’t drawn to join the service because of them, I have always had an inherent desire to serve in some capacity. Submarines were the most appealing way for me to do so.”

According to Navy officials, supporting the high operational tempo and unique challenges of the submarine force builds strong fellowship and a strong sense of mission.

As a member of one of the U.S. Navy’s most relied-upon assets, Rader and other sailors know they are part of a legacy that will last beyond their lifetimes providing the Navy the nation needs.

“Serving means making a small sacrifice for the good of others, whether that is fellow sailors, people at home, or humanity as a whole,” added Rader.