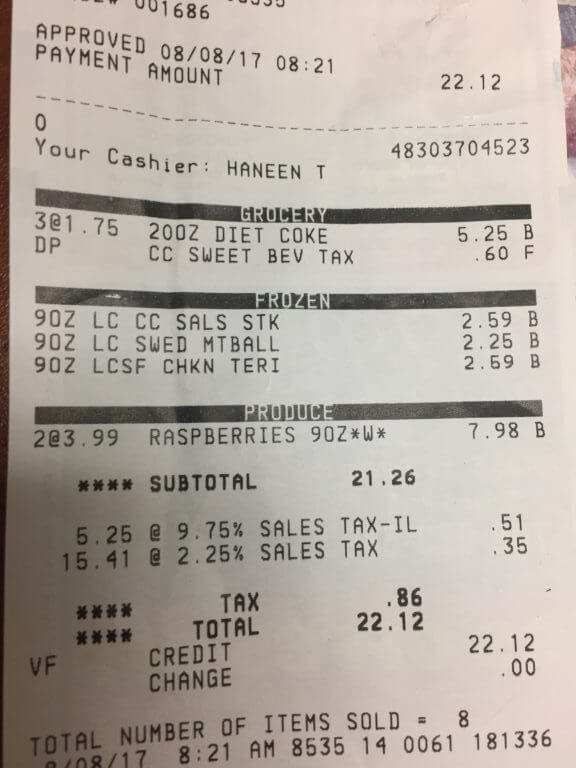 Republican and Democratic legislators this week introduced legislation in Springfield to prohibit home rule governments from imposing taxes on the sale of sweetened drinks and soda pop as Cook County Commissioner Sean Morrison stepped up his campaign to repeal Board President Toni Preckwinkle’s 1 cent-per-ounce sales tax on soda and sweetened drink sales.  Many Democrats fear Preckwinkle’s Tax will have wider implications including undermining their efforts to defeat Gov. Bruce Rauner in next year’s election

Several members of the Illinois Legislature have introduced bills to force Cook County Board President Toni Preckwinkle to repeal her one cent-per-ounce tax on the sale of sweetened drinks and soda pop, joining a movement led by County Commissioner Sean Morrison.

Morrison joined other commissioners immediately introducing a repeal measure which has resulted in massive price hikes in sweetened drink and soda pop sales, and causing hundreds of thousands of Cook County consumers to travel to neighboring suburbs to avoid the massive Preckwinkle Tax on drinks but also to buy groceries and other retail items.

Two Bills were introduced to the Illinois State House this week to repeal Preckwinkle’s Tax and prevent it from happening again.

Republican House members Michael P. McAuliffe (Chicago), Christine Winger (Bloomingdale), Peter Breen, (Lombard), Grant Wehrli, (Naperville), and Keith R. Wheeler, (Oswego) introduced HB 4082, which reads: “Amends the Counties Code. Prohibits a home rule county from imposing a tax on sweetened beverages based on volume sold. Provides that any county ordinance adopted on or before the effective date of the amendatory Act that imposes such a tax is void. Effective immediately.”

“The widespread response against this repressive tax is encouraging,” Morrison said in an interview Thursday.

Morrison added, “Contrary to most public headlines that call it just a “soda tax”; that couldn’t be further from the truth. This massive and expansive tax includes a list of nearly 1,000 individual beverages including fruit juices, teas, coffees, energy & sports drinks, enhanced waters, sodas and diet sodas. This Beverage Tax goes too far by hitting our residents too hard in their pocketbooks, especially Chicago residents, and hurts our local businesses.”

Morrison detailed his reasons for supporting a repeal, explaining, “I firmly opposed this heavy-handed tax for multiple reasons. First, the tax purposely singles out a specific private sector industry and is too expansive and creates a revenue stream that goes far beyond the means it is intended to serve. Second, there is still too much redundant and unnecessary spending and political clout jobs that could be cut from the 2017 budget before looking at additional taxes to fix budget shortfalls. Third, this tax will cause further damage to private sector jobs in exchange for protecting government patronage jobs. Fourth, it further places Cook County businesses at a competitive disadvantage against our neighboring counties and the State of Indiana when just a short commute to shop across the border means lost customers and lost revenue for Cook County.”

The County repeal ordinance was introduced to the Cook County Board on Wednesday August 9 and is co-sponsored with Morrison by Tobolski, Fritchey, Schneider, and Boykin.

The tax was slated to take effect July 1, 2017 but was temporarily blocked by a lawsuit filed by the Illinois Retail Merchants Association (IRMA). A judge eventually tossed the lawsuit. Angered by the month long legal battle and delay caused by the lawsuit, Preckwinkle filed a revenge lawsuit against IRMA, which represents retailers throughout the state including thousands in Cook County. Preckwinkle later withdrew the lawsuit.

The county repeal ordinance will be taken up by the Cook County Board on September 13, 2017.

Many Democrats fear that the soda tax will undermine their efforts to defeat Republican Governor Bruce Rauner in next years gubernatorial elections. Preckwinkle is a longtime Chicago Democrat and former Chicago Ward Alderman who has endorsed billionaire J.B. Pritzker.

Pritzker won the backing of the Cook County Democratic Party on August 11 but is in a tight race against progressive Democrat Chris Kennedy, the son of the late U.S. Senator Robert F. Kennedy and nephew of assassinated President John F. Kennedy.

Preckwinkle’s former chief of staff, and now City Treasurer Kurt Summers, had announced plans to run for governor but withdrew under pressure. Summers, an African American, would have disabled Pritzker’s high profile push for black votes.

The winner of the Democratic Primary Election on March 20, 2018 will go on to face Rauner in the November General Election.