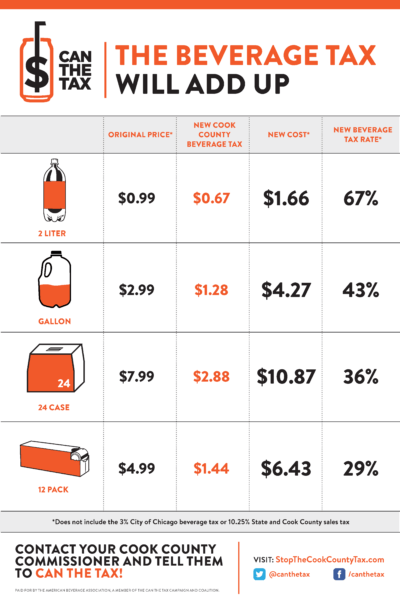 Consumers in Cook County’s suburbs are the targets of a new tax imposed by Cook County Board President Toni Preckwinkle, who is based in Chicago. The tax excludes pop purchased by lower income and welfare supported buyers, such as using SNAP, but targets middle income homeowners in the county’s suburbs.

The Preckwinkle tax, approved on Nov. 10, 2017 with Preckwinkle casting the deciding vote, has pushed many suburbanites to do much of their purchasing outside of Cook County.

Under the Preckwinkle soda tax, the county will levy a penny per ounce tax on every sugared soda drink. The tax excludes poor people who use welfare funding such as SNAP, suggesting that Preckwinkle is protecting her Chicago base while pushing the tax burden on wealthier suburban residents in Cook County outside of Chicago.

The American Beverage Association has created a website to help residents protect the tax which tales effect on July, 2017 and adds a hefty tax increase on more than 1,000 beverage products sold in Cook County.

Although Cook County’s tax varies depending on the product you purchase (most foods and medicine are excluded from some sales taxes), taxpayers don’t care and are taking their businesses outside of Cook County.

Soda Pop is considered a critical decision making factor for consumers when they shop for food. What that means is that shoppers look for retailers that discount the costs of items like soda pop, milk and other key products and then shop at that location.

When the price of pop rises dramatically on July 1, many shoppers will take all of their business to grocery stores and retail stores outside of Cook County. Suburbanites who live in communities on Cook County’s borders are the most likely to take the extra drive to nearby suburbs.

Many other suburban communities are further from the border but for shoppers living in those communities, it makes more sense to drive to Will County, DuPage County or even Indiana to make large purchases.

The flight of shoppers pushed out of Cook County could costs the county more than $500 million in retail sales tax loses, nearly triple what Preckwinkle asserts will be raised through the tax. 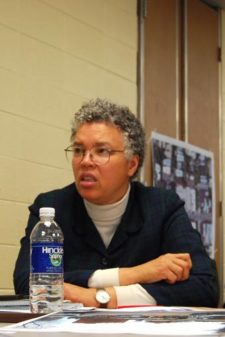